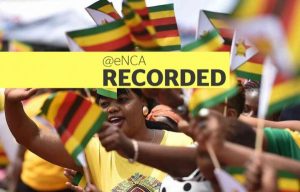 Vote counting is underway in some areas in Zimbabwe, following what is seen as a watershed vote. The country’s Electoral Commission says it’s satisfied with the turn-out in many centres. Photo: eNCA

Of the seven constituency results announced for the National Assembly seats, Zanu-PF received six and the MDC Alliance one.

According to ZEC chairperson Priscilla Chigumba, the presidential results will only be announced after all the results have been received and collated.

Final results are due by 4 August.