We are not budging, we are your first family 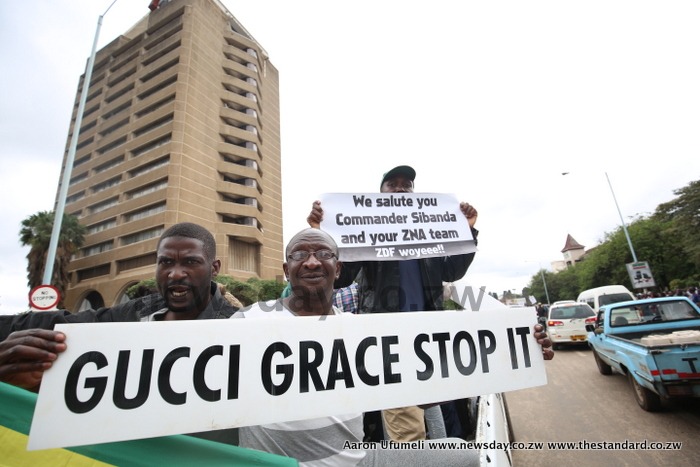 Source: We are not budging, we are your first family – The Standard November 19, 2017

My People, I am writing this installment under heavy guard as I have not been able to freely exercise my rights as my captors have curtailed all my movements. 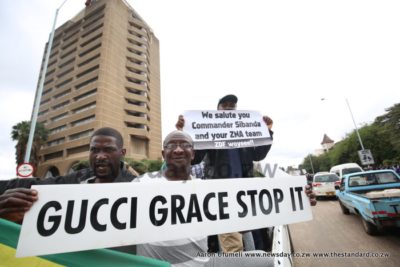 I am sure you have all been following with disgust some of the treasonous activities that have been taking place in the country, including the staging of a coup against a legitimately elected government.

You all know that you happily and freely voted for Gushaz in the last election and so what would have happened since then?
Come to think of it, the results were known to us before you even started voting.

We will not go into the merits or demerits of what kind of election it was but surely, in this day and age, we cannot expect soldiers wearing uniforms to be strutting around the First Residence and slapping handcuffs on the head of the First Family, the great Bhobho.

What is even worse is that those soldiers and their friends in Lacoste connived and decided to further embarrass The Bobster by making him appear at a public event in which he capped graduands from a local university.

That was very embarrassing as it was probably made to pacify some foreigners who were genuinely concerned about his safety and wellness.

We are not going anywhere

You people are the most ungrateful lot that I have ever dealt with.

After Bhobho sent you to school and while I also chipped in with donating donated chicks around the country, you had the audacity to march against Africa’s sole revolutionary.

Some of the people who were given good jobs and allowed to plunder the economy were among those who joined in that silly march saying we should go.

I am supposed to be a vice-president come December and you had the nerve to behave in such a treacherous manner.

As I boasted during the Bulawayo interface rally (festival of hate): I am the first lady, I am the president’s wife. Keep quiet! I don’t care if you were hired by Ngwena to come and boo me.

We have an extraordinary congress to prepare for next month and an election to contest in 2018.

You all know that Mboko and myself will be the two vice-presidents and maybe we will be joined by Sydney, whose allegiance I am now beginning to question.

Cdes Chipanga and the cabal

Young Kudzanai will certainly be a good example to the young people of this country of how they should not allow themselves to be used by politicians.

While he has been arrogantly making annoying statements on behalf of certain senior officials, it was him who appeared with a bloodied and swollen mouth — not the senior politicians.

Jonso, Saviour, Gina and a few other unconfirmed chaps are reportedly behind bars.

One or two others are reportedly hiding in exile, including the courier of the poison which reportedly killed Cde Shuvai.

The last bit about the poison is obviously a lie perpetuated by Ngwena and his allies.

They are the same people that spread the message that ice cream from our loss-making dairy enterprise is poisonous.

If we are to remotely consider surrendering power, we have a few demands to make.

The first one being that we are anointed life president and life first lady.

The second one being that you stop asking questions about the missing $15 billion and where the money to buy million dollar rings, up market properties and fancy cars came from.

Also, giving us 10 more farms and a big lake like Chivero would not be a bad idea.

Last but not least, the children and the son-in-law could also be appointed to be board members of some government enterprises.

We could also get to keep State House as part of the pension.