‘We Are Ready To Govern’: Chamisa

Source: ‘We Are Ready To Govern’: Chamisa 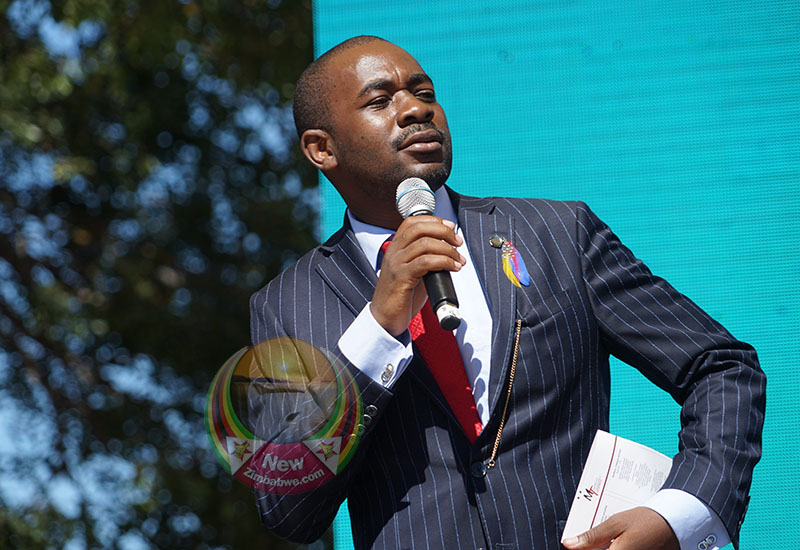 OPPOSITION leader Nelson Chamisa says he has matured and is now ready to govern Zimbabwe as his main rival President Emmerson Mnangagwa by his age was already part of the government ministers in 1980.

The ruling Zanu PF party has been pouring scorn on Chamisa, labelling him immature to take over the reins of the country.

However, posting on his Twitter, Chamisa said Mnangagwa was 37 years old when Zanu PF got into power and was appointed a government minister.

The opposition president is 43.

“Why do some people think that our generation is not ready? We’re ready! And it’s now our turn!” Chamisa said.

Chamisa also said Zanu PF’s cause was liberating Zimbabwe and the MDC Alliance’s goal was on transforming and democratising the country.

Chamisa lost narrowly the 2018 presidential election to Mnangagwa and has since then declined to recognise Mnangagwa as president accusing him of rigging the plebiscite.

Zimbabwe is set to conduct elections in 2023 which are also expected to pit Mnangagwa and Chamisa as the main contenders.

Asked by Twitter users if he has considered rigging in the 2023 elections, Chamisa said he would be “more careful”.

Responding to why the MDC Alliance run councils have been failing on delivering better services, Chamisa blamed the government for making it difficult to run the urban councils.

“Zanu PF and the central government make local government impossible and ungovernable. It’s structural, legislative and must be fixed with urgency.