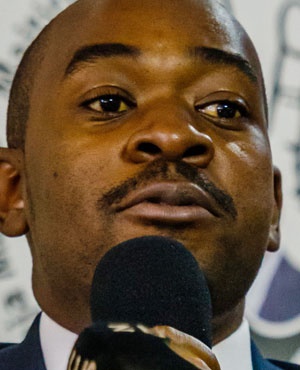 The leader of Zimbabwe’s biggest opposition party is rejecting the idea of boycotting elections on Monday despite what he calls a biased election commission.

Nelson Chamisa, head of the MDC opposition party, on Wednesday urged supporters to vote “overwhelmingly for change” in the first election since the November resignation of longtime leader Robert Mugabe.

“We can’t boycott our victory,” he says. “Winners don’t quit.”

Chamisa says Zimbabwe’s election panel has not addressed his party’s concerns about a number of issues, including reports of food distribution to voters by the ruling party and alleged problems with the voters’ roll.

He says there has been “a consistent negation of international standards”.

President Emmerson Mnangagwa, a former deputy president who took over after Mugabe, has promised a free and fair election.