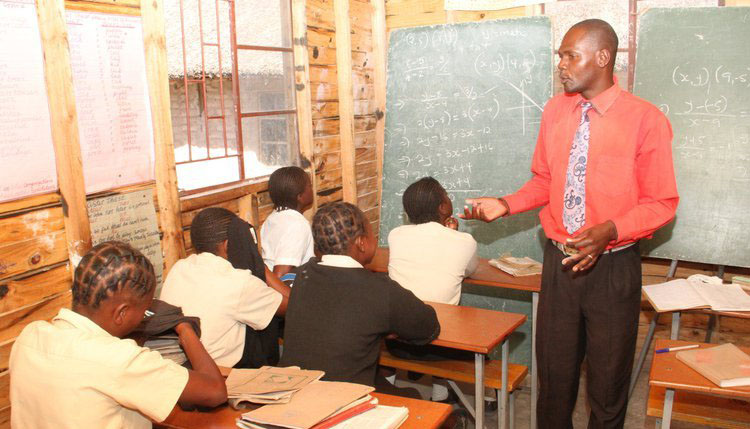 During colonial times, several commissions were appointed to look into the education sector, including the Frank Tate Commission (1929), the Kerr Commission (1952), and the Judges Commission (1962).

These were justified in the light of quality assurance in order to identify and define the problems afflicting Zimbabwean education, and to provide solutions.

This was achieved by visiting over a dozen countries and compiling a report of the members’ observations and experiences abroad.

The Nziramasanga Commission’s report was issued in 1999, and put forward a number of recommendations.

Government spent an enormous sum of money on the Commission. The rationale for this was that Zimbabwe’s education problems needed to be understood and corrected.

It is almost 20 years since the report was published.

One of the recommendations was that Zimbabwe should drop the Grade Seven and Ordinary Level examinations, as they had become irrelevant to modern education and were costly for both Government and parents.

The justifications for this

“That an examination-driven curriculum emphasises examinations at the expense of imparting knowledge to students; and

“That schools are producing half-educated students who struggle to fit in the modern job market”.

The expectation was that the Ministry of Primary and Secondary Education would spearhead and facilitate the holding of robust debates and critically examine the Commission’s recommendations.

One option was to consider holding a summit on discontinuing these examinations.

Such a platform would have presented an opportunity to examine the merits and demerits of the proposition in order to come up with an acceptable resolution.

The justification for discontinuing the examinations was that it was costly for both Government and parents. Whatever money might be available after discontinuation would be channelled into providing other resources.

Many parents at that time were poverty stricken and a large number were unemployed.

Some responses of the public as reflected in the media were:

Admission to universities would be difficult without examination certificates;

Continuous assessment was a waste of time.

These responses reflect the

They were mere claims without supportive evidence;

They revealed a lack of awareness of other educational systems in the world;

They failed to understand the concept of continuous assessment and how this promotes higher standards in education;

The responses clearly demonstrated a lack of knowledge about continuous assessment and its principles, as well as a lack of understanding of the wide range of forms of assessment that are available.

A sound knowledge of assessment practices would have provided some insights that would have enabled people to participate in the debate from an informed position.

It is unfortunate that the majority of people who contributed to the debate did not correctly address the recommendations of the commission.

Many people suggested that examinations should continue without presenting any well-thought-out justification for this.

The merits and demerits of continuous assessment were not fully addressed.

For example, countries like the United States abandoned exams more than 100 years ago. Their standards are very high, as evidenced by the following:

Entrance to university is through a scholastic test designed by an independent body;

There is advanced research in medicine and other sciences, as well as social sciences;

There are innovations in advanced technology taking place yearly; and

The Americans are capable of sending a person to the moon.

The US dropped examinations at  high school level and their students   proceed to universities, where some of them will excel and come up with advanced innovations.

Has the discontinuation of examinations lowered standards at either primary or secondary level?

Our education system has been fraught with scandals, as well as mismanagement of Grade Seven and O-Level examinations.

These include cheating and leakages of questions before the examinations are held. This trend continues unabated as can be seen in the news media. A new culture of corruption has tarnished our national image. We are a nation at risk, and as a result there are consequences for those found to be on the wrong side of the law.

The following are among the victims of examination cheating: students, teachers, headmasters, education officers and parents.

The system of examinations backfires on exam cheaters and officers alike.

Exam results may be nullified and they will be asked to rewrite;

Students suffer from depression and frustration;

Students are branded as failures in life;

Students will not have the skills to earn a living; and

Students may face a jail sentence.

Teachers and headmasters found guilty of cheating in O-Level or Grade Seven examinations could face demotion, imprisonment, shame and depression, and loss of employment.

Further, they tarnish the image of the school, their country, and the education system.

Education officers charged with mishandling and/or mismanaging examinations may face suspension from work, demotion or imprisonment. Needless to say, families suffer when the breadwinner suffers.

Has the implementation of the new curriculum framework been a success?

It was hastily implemented and some of the facilitators of orientation workshops were not knowledgeable about their responsibilities, which was compounded by inadequate resources.

The Nziramasanga Commission presents over 360 recommendations, but for effective implementation the Ministry of Primary and Secondary Education may first consider the Commission’s recommendations for dropping the Grade Seven and O-Level examinations.

The Nziramasanga Commission states: “Finally we strongly recommend the establishment of a permanent body of experts outside the Ministry of Education to monitor and evaluate implementation of the recommendations, and to advise Government timeously of policy changes when necessary.”

Should the Ministry carry out the above proposal, this would ensure that the Nziramasanga Commission’s recommendations will be attended to, including dropping the O-Level and Grade Seven examinations.