Mixing and mingling with Zimbabweans of all walks of life is something I always find most enlightening and edifying, as it opens the mind to the real thoughts and feelings of the citizenry – in stark contrast to the assumptions and presumptions our leaders are so irritatingly and arrogantly so fond of.

Source: “We fought liberation struggle for Zimbabwe ruling elite to grow huge bellies whilst we wither with hunger” – The Zimbabwean 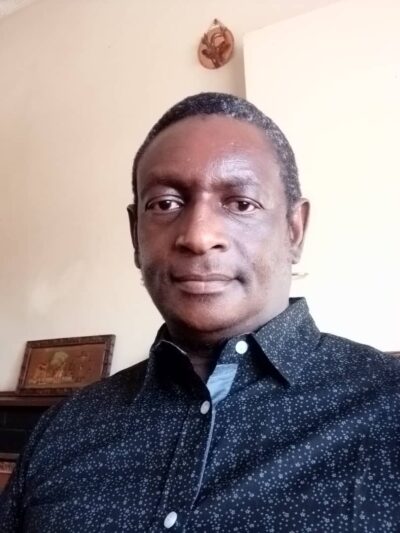 Nothing beats standing at a bus rank, or in a supermarket or bank queue, or a taking a leisurely stroll amongst stalls at the local vegetable market (musika) – since, that is where a treasure trough of the people’s ideas, likes, and dislikes are to be found.

If only our leaders would take time off their hectic schedules – where they mostly planned the citizens’ livelihoods without a true indepth understanding of the desires, feelings, and needs of these same people – and, actually went out to attentively listen to those they purported to lead.

If they did so, they would, in fact, obtain some valuable insights into what ordinary Zimbabweans really thought and wanted – thereby, planning, formulating, and implementing programs and policies that were truly beneficial and acceptable by the ordinary man, woman, and child on the street – as opposed to the fanciful and fantastical nonsense that we have shockingly witnessed coming out of those corridors of power.

A recent trip to the bank, in order to assist my dear beloved mother withdraw my late father’s sickening paltry teacher’s pension – not having received a single cent for her own 46 year-long illustrious dedication to the state-owned ZISCOSTEEL as a nurse, which was looted and mismanaged to death – was one of those eye-openers that make such long tiresome hours in the queue totally worth it.

There we were groaning and moaning, due to the unpleasant nippy weather – having arrived at the bank hours before opening time, so as to be somewhere in the front of the queue (a near impossible feat, since hoards of desperate, mostly elderly, Zimbabweans would already be lining up) – when the interesting chatter began.

As it turned out, based on the emotion-driven talk by a group standing behind us, some of those queueing were veterans of the country’s 1960s and 70s liberation struggle – which was ostensibly waged to remove colonial segregation and subjugation, with the promise of the equatable distribution of the country’s vast wealth amongst all of its people (gutsaruzhinji).

However, much to the intense disenchantment, chagrin and disgruntlement of the majority of Zimbabweans – more so, those who suffered the brunt of this gruesome and harrowing war, having sacrificed their education, left family and friends, and placed their own lives on the line during years in the bush – this promise was never to see the light of day.

As the war veterans standing behind us had no qualms telling all who were within earshot – these gallant young men and women were merely used as pawns to fight for the ruling elite, so that they may grow huge bellies, whilst those who did the real fighting continued to wallow in abject poverty, 42 years after independence.

Let the nation be reminded that, some hogging the highest echelons of power in Zimbabwe never actually partook in any real fighting – but, on account of their positions, were living relatively safely and comfortably in such countries as Mozambique and Zambia, who had offered their territories as training bases, from where to launch the armed struggle.

That is why some managed to marry, have families, and even attained university degrees in the midst of a gruelling guerrilla war!

What was unmistakable about the ex combatants queuing at the bank was that, these valiant sons and daughters of the soil are far from being impressed with the outcome of their selflessness – if anything, they are irate and extremely incensed.

From the tone in their voices and language, I wondered what they would do to those whom they felt betrayed the country’s noble liberation struggle, had these war veterans had the opportunity to confront the caboodle in power today.

Be that as it may, these feelings of disappointment are not, by any means, limited to only a few war veterans – since, personally I am in very good books with quite a number of them – and, they all feel the same torturous sense of having been callously stabbed in the back by those who hijacked the people’s struggle, for their own self-serving agendas, which had absolutely nothing to do with the plight of ordinary Zimbabweans.

It can never be doubted who the real beneficiaries of Zimbabwe’s independence are, who truly enjoy the milk and honey that was promised to each and every citizen – but, ended up in the hands of a selected few, with their corrupt hangers-on who never even took up arms to free the country.

As for the millions of hapless Zimbabweans – we have to make do with meaningless “empowerment projects”, which are nothing more than a sick insult on the dignity of the country’s people, who desire the same livelihood as their peers in other countries (no wonder millions have emigrated) – whilst, the ruling class swim in filthy riches, that will shock even American celebrities.

No wonder some of them can even afford to bribe world-famous figures to don that ridiculous “all weather” scarf – whose real symbolism these celebrities may have no clue, and possibly regard this as innocent fun – yet, ordinary citizens struggle to put a square meal on the table!

Our real liberation icons can see the unashamed looting of national resources, with arrogant impunity, by those in power.

Indeed, as hard and hurting as it may be, the truth is plain for all to see – our intrepid combatants of the liberation struggle were used to fight for a few to have huge tummies, as the rest of Zimbabweans became worse off than they were under colonial rule.

Our true heroes are fully aware of all the pathetic attempts at buying them through laughable supposed pensions, currently being planned by those in power.

However, they are not blind – and, having been abandoned and discarded like used condoms for all of 42 years, only to be remembered towards crucial elections – they can smell a dirty trick from a mile away.