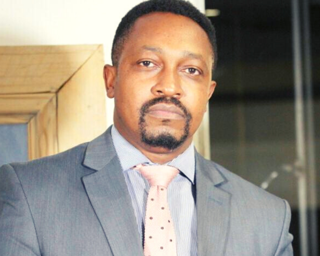 Chairman of the newly formed Zimbabwe Investment and Development Agency (ZIDA) Busisa Moyo, has said there is a need for ‘more entrepreneurs across the globe’.

Moyo, who was a keynote speaker at the online launch of the Zimbabwe UK Business Chamber, said that the world is changing, adding that we are living in an age of ‘unique combinations, entrepreneurially innovative processes and uncommon partnerships’ that will contribute to overcoming the challenges being faced by nation’s across the world.

“The coming together of business people across borders has the capacity to create opportunities,” he said.

The Zimbabwe UK Business Chamber (ZUKBC) has been established to be a central platform for like-minded people in business, principally, small and medium sized enterprises (SMEs) and charitable organisations.

The apolitical membership-based initiative will play a critical role in advancing and generating a wide range of opportunities for business owners, as well as creating an outlet that encourages networking and the promotion of Southern African business ownership in the UK.

The Chamber will also provide a forum to collectively discuss barriers to equality in the economy and how entrepreneurs can form strategic partnerships going forward.

Mr Moyo congratulated the business chamber, praising their ‘forward-looking and relevant institution’ in his keynote. He also encouraged young entrepreneurs to take up the mantle, urging them not to give up.

“We need courage to believe in our ideas. The world of business is a lonely place, for there are long seasons of being the first subscriber, first customer of a product that doesn’t exist – first subscriber of a concept that not many understand.

“Very few people can bear this pain and this loneliness, but do not give up on your ideas as an entrepreneur.”

Moyo said that with the growing youth population, especially in Africa, it presented an opportunity for the ‘entrepreneur revolution’ and the rise of various business entities across the African continent and the world.

“The world, certainly Africa, does not have enough job and employment opportunities as currently forecasted and it will become harder and harder to become employed unless something changes.” 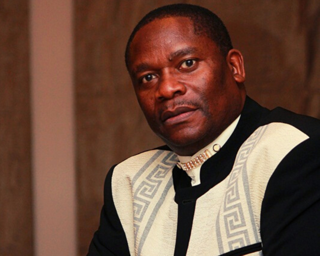 Meanwhile, Kennedy Mwedziwendira, the ZUKBC chairman, in his opening address, said that the ZUKBC launch would be a day to be remembered, adding that the day also belonged to people involved in business and those aspiring to go into business.

He said the board and extended team set out with a vision of empowering business communities and commended their hard work and dedication over the last six months to strategize, develop and implement a robust business platform.

“The team not only added momentum and traction but professional identity, output and skills to this project. These are people credited for having laid the foundation for the organisation.

“As the board and members of the chamber, we reflect on this remarkable venture that we all sacrificed time for in order to achieve these significant outcomes today; spearheaded by people respected in our communities in the UK and Zimbabwe.”

In attendance at the launch was the Mayor of Stevenage, Councillor Jim Brown, who spoke about the history and working partnership with Kadoma in Zimbabwe.

Stevenage has close links with Kadoma, as a result of a twinning arrangement between the two towns that has lasted 31 years.

“The unique link between Stevenage and Kadoma, is one of the most valued in Zimbabwe and in the community here in the UK. The business chamber seeks to operate in a similar way, that is independent of Zimbabwe but sharing a common trend of goodwill between the host country and country of origin,” he said.

Cllr Brown said the Stevenage-Kadoma link has become widely admired locally, as well as nationally because it is based on both civic and community organisations, adding that this joint approach, particularly through the Britain-Zimbabwe Society and the United Kingdom One World Lincoln Association, has been a great source of strength, enabling this link to continue its work with Kadoma during challenging times.

Mwendziwendira said that the Chamber’s priority focus going forward will be creating a presence in regions across the UK, through the Chamber Ambassador Network, led by Nyarai Reuben. It will cover the South of England, Greater London, Southeast of England and the Midlands regions. Ambassadors will be the ‘first port of call for membership and vetting processes’.

The Chamber has also created a special hub for young entrepreneurs within the Zimbabwe UK community. This initiative will promote entrepreneurial opportunities and objectives, driving the agenda that while it is important to work, it is even better to be an employer.

“One way of ensuring continuity of business is nurturing and mentoring the younger generation. We need to adopt a ‘legacy thinking’ attitude, and we want to ensure that this can be achieved.

“Together we have the potential to unlock great opportunities to grow and prosper as a business community and create a legacy for future generations,” Mr Mwendiwendira added.

Membership is now open for individuals, with a joining fee of £50, as well as a subscription fee of £120 per annum. The Chamber is looking to open up corporate membership in the coming months.

For more information about the Chamber and how to become a member, visit www.zukbc.com