We stand in solidarity with poverty stricken persecuted teachers

Crisis in Zimbabwe Coalition which brings together various civic groups including women, farmers, war veterans, youths, students, residents, the academia and labour stands in solidarity with the poverty stricken and persecuted teachers of Zimbabwe.

Source: We stand in solidarity with poverty stricken persecuted teachers – The Zimbabwean 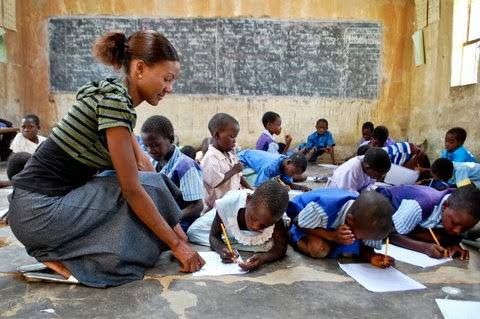 We also call upon parents and the general citizenry to rally behind teachers’ struggle for a living wage.

We note with grave concern the fact that the government continues to use intimidation and coercion tactics against teachers who are making genuine demands for a living wage.

For the record, teachers are not on strike but are incapacitated to report for duty due to the fact that they are getting meager salaries and continue to live far below the Poverty Datum Line (PDL).

Government’s insincerity towards improving the welfare of teachers has reduced the teachers to paupers despite their invaluable contribution to the country.

Due to the failure by the government to adequately address teachers’ concerns, pupils continue to be deprived of their right to education as enshrined under Section 75 of the constitution.

Learning standards continue to fall while infrastructure at public schools is dilapidated. Looting of the country’s natural resources by the political elite continues unabated while the plight of teachers continues to worsen and this is a call for citizens to hold the government to account.

Over the years, the government has exhibited lack of political will to address teachers’ concerns and has apparently failed to create genuine platforms for negotiations with the teachers.

The government continues to make unilateral decisions without fully consulting teachers and also continues to use divide and rule tactics against the suffering teachers.

To make matters worse, the government has criminalized trade unionism and this has seen the arrest and persecution of trade union leaders for demanding a living wage for teachers.

On February 10, 2022 the government announced the suspension of teachers (without pay) who had not reported for duty since February 7, 2022 when schools opened.

According to teacher unions, the move is set to affect 135 000 out of 150 000 teachers and this will further deprive pupils of their right to education.

It is in this vein that the general citizenry must see the teachers’ struggle as their own struggle.

Government must be held to account and solidarity with persecuted teachers is critical at this juncture.

Crisis in Zimbabwe Coalition stands in solidarity with teachers and reiterates the call for the restoration of the pre-October 2018 salaries which were pegged at US$540.