Source: We will try a few combinations but won”t experiment too much against Zimbabwe: Misbah 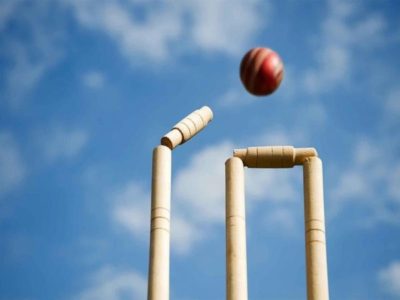 Karachi (PTI) Pakistan will look to try out few combinations but won”t experiment too much in the ODI home series against Zimbabwe as it is part of ICC”s one-day Super league, the qualification process for the 2023 World Cup, said head coach and chief selector Misbah-ul-Haq.

The home series against Zimbabwe will consist of three ODIs and three T20 Internationals beginning with the first one-dayer in Multan on October 30. It will be followed by the second and third ODI on November 1 and 3 respectively.

“We are very excited to be playing our first ODI series after more than a year at home and we will try a combination of experienced and young players but we don”t intend to experiment too much,” Misbah said.

The former Pakistan captain noted that the national team had not played any 50-over games for one year now and it was important to have a good series against Zimbabwe.

Pakistan”s last ODI series was against Sri Lanka at home in October, 2019 and it was also scheduled to play a lone ODI against Bangladesh in April in Karachi but that match was postponed due to the COVID-19 pandemic.

“We have to keep in mind that the points at stake in the series against Zimbabwe will count towards the 2023 World Cup qualification process so the coming series not only gives us a chance to get points but also start trying out different combinations for the next World Cup,” Misbah said.

“The idea is we start building a good combination with good reserve players from the Zimbabwe series onwards leading to the 2023 World Cup.”

The Zimbabwean team which reaches Islamabad next month will also play three T20 matches against Pakistan in Rawalpindi on November 7, 8 and 10.

Misbah said if South Africa tours in January it will be another great opportunity to work on the next World Cup.

He admitted that after winning the ICC Champions Trophy in 2017 the Pakistan team has seen a slide in 50-over format and this needs to be reversed.

“We need to start improving our rankings keeping in mind the qualification process for the World Cup.”

He said all the 21 players, who returned home after the tour to England, had undergone COVID-19 tests and came negative and had been cleared to play for their respective teams in the National T20 Championship which kicks off in Multan from September 30 before moving to Rawalpindi from October 9. PTI Cor ATK ATK