We won’t hesitate to approach ED for help: Tsvangirai family 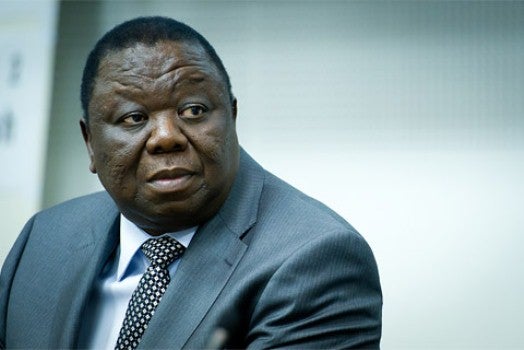 THE family of the late MDC founder Morgan Tsvangirai yesterday said it would not hesitate to continue approaching President Emmerson Mnangagwa for assistance should need arise, saying the country’s leadership had come to the fore in their times of need.

Tsvangirai succumbed to cancer of the colon last year and the government bankrolled his funeral and his memorial service held last month in Buhera.

Family spokesperson and brother to the late MDC founding leader, Manase said they were grateful for what the government and Mnangagwa have done so far and in future, should they face challenges, nothing will stop them from extending a begging bowl once more.

Although this will likely anger many opposition supporters, Manase said the family saw nothing wrong with it.

“The family will not hesitate to approach the President or the government if we see the need as a family. As of now things are still okay, but if we face any form of challenge we will definitely approach him,” he said.

“We want to thank Mnangagwa as a person and as Head of State because on our own we were not going to be able to mobilise the resources that were required.

“These include food, tents, chairs, mobile toilets, road repairs, catering services and enough security. Had it not been for them, we wouldn’t have achieved what we did,” he said.

Manase also thanked police boss Godwin Matanga and his subordinates for the security and other logistical support.

He also thanked other individual MDC leaders for contributing towards the memorial of Tsvangirai as well as other institutions such as the Methodist Church.

Tsvangirai’s daughter and Glen View legislator, Vimbai is currently hospitalised after she was recently involved in a road accident in Kwekwe. The family spokesperson said if the hospital bills balloon beyond their reach, they will approach the government.

Asked if this will not create problems for them with the MDC family, Manase said because the party leader Nelson Chamisa thanked the government at Tsvangirai’s memorial in Buhera for the material support there would be no problems.

Tsvangirai was one of the first opposition leaders to come close to snatching power from Zanu PF. He is credited for revolutionising opposition politics in Zimbabwe.