Weather Update: Temperatures plummet across most of SA 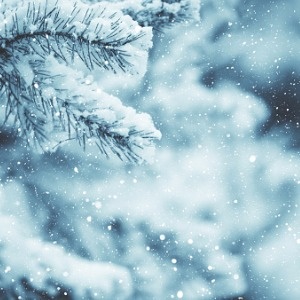 Cape Town – An unseasonal cold snap hits full force in SA on Thursday, 16 November, with temperatures dropping as low as -2°C in parts.

Source: Weather Update: Temperatures plummet across most of SA | Traveller24

South African Weather Service (SAWS) advises all to brace for extreme weather conditions and says that livestock farmers in Eastern Cape and KZN must take precautions as low temperatures are expected, especially over the high-lying areas.

Heavy rainfall, snow and gale force winds can be expected on Thursday as rainfall moves eastwards.

Disruptive snowfalls are expected over the Winterberge and the southern Drakensberg of the Eastern Cape, and also over the south-western high grounds of KZN.

SAWS says that heavy rainfall leading to localised flooding is expected over the north-eastern parts of the Eastern Cape, and southern parts of KZN.

SAWS forecasts that the intensity of rainfall will ease from the west on Thursday, but it will persist over parts of Mpumalanga, KZN, the eastern parts of the Free State and in the Eastern Cape. Moreover, it will remain cold and windy over much of the interior of South Africa on Thursday.

On Thursday, 80% chance of rain is expected across northern parts of Eastern Cape, southern KZN and Lesotho.

A 60% chance of rain is expected over central Eastern Cape, stretching across south-eastern Free State and northern KZN.

SAWS advises that disruptive snowfalls are expected over the north-eastern high ground of the Eastern Cape and southern Drakensberg of KZN.

According to Snow Report SA, Eastern Cape should expect more snow than previously forecast, while KZN Midlands might get a few flurries during the early hours of Thursday morning.

“We are expecting snow in the Western Cape and Eastern Cape, heavy falls in Lesotho and the Eastern Cape Drakensberg, medium/ light falls on the KZN Drakensberg, possibly coming down into towns like Underberg and Himeville, although not much expected low down, and some flurries in the KZN Midlands,” says Snow Report SA.

Very cold conditions are expected over the northern interior of the Eastern Cape on Thursday, spreading to the south-western high ground of KZN and extreme north-eastern parts of the Free State.

According to SAWS, minimum temperatures will be very cold in the south-western and central interior, warm in the northern parts of Limpopo and Mpumalanga, and cool to cold across the rest of the country.

Maximum temperatures on Thursday will be cold to very cold across Eastern Cape, KZN, Free State and south-eastern parts of Northern Cape. It will be warm closer towards the nothern border and cool to cold throughout the rest of the country.

Sutherland in the Northern Cape will once again be the coldest place in the country, dropping to -2°C, while the hottest place in SA will be Musina in Limpopo, reaching a hot 30°C.