We’re not in control: Zec 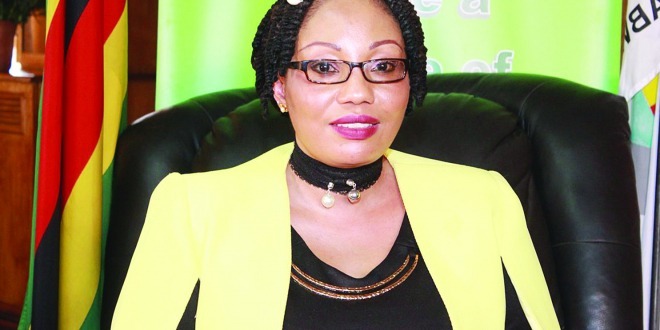 Speaking in Darwendale yesterday at a training workshop for journalists organised by Zec, the electoral body chairperson Justice Priscila Chigumba said the commission was just an administrative body with no power whatsoever to make policy or challenge the Executive.

“The role of Zec is persuasive, when I say persuasive, from the Constitution to the Electoral Act, to the regulations our role is only to make recommendations to the Executive, there is no where we are given a mandate, firstly to make regulations on our own behalf. Secondly to make law, we make recommendations to government to the executive, to the line ministry which is the Ministry of Justice that’s the first very, very important point,” she said.

The Zimbabwe Human Rights Commission quickly moved in and issued a statement saying Zec’s actions could compromise its integrity and independence.

Chigumba, however, said Zec had done its part in terms of the law and the rest was in the hands of Mnangagwa, who is a major player in the elections.

“We are a commission which administers electoral law which emanates from Parliament, now if our stakeholders are unhappy with our mandate; it is up to them to buttonhole those in Parliament to change our mandate.

“In terms of our current mandate, we recommend the Executive, His Excellency the President to say we believe by such and such a time, in terms of administrative processes, we will be ready to conduct by-elections,” Justice Chigumba said.

“Having put this date in the public arena we made our recommendations to the President, he took our recommendations into account, he consulted other stakeholders including the Ministry of Health, I was not privy to the discussions between him and the Minister of Health, but I would like to assume that His Excellency using his executive powers and in his wisdom saw it fit to say by-elections cannot and should not be held during the course of this year.”

She said her role did not go beyond making recommendations.

Justice Chigumba said if people felt that her body should be given more power than it already had, then they should approach Parliament.

“When you go and look at the Constitution and the Electoral Act, only His Excellency, the President, can announce the date of by-elections. He does that by gazetting it. He only does that in consultation with us. We do not have a mandate where we can stand up and say by-elections will be conducted tomorrow. There is a piece of paper that is signed by His Excellency to say he has consulted us, he has consulted other stakeholders, he in his considered view agrees that by-elections can be held on such and such a date,” she said.

Zec has been under fire particularly from opposition political players and their supporters over allegations of lack of independence, but Chigumba dismissed the allegations as false.

“It is my very considered view that this is not a reflection of a lack of independence on the part of Zec, if by independence you mean Zec should willy-nilly proclaim election dates which it has no power to do, then I would say it’s premised on the lack of understanding of the Electoral Act and the Constitution,” she said.