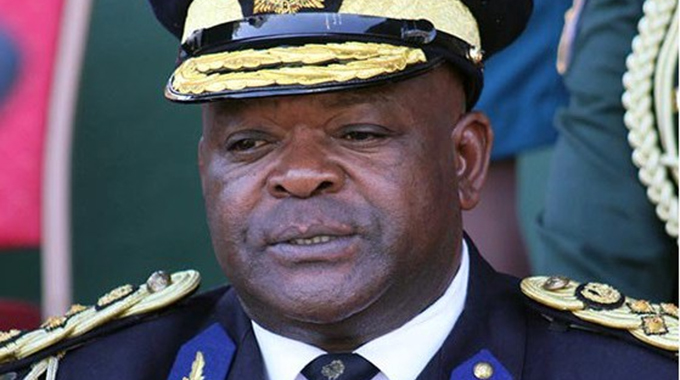 Freeman Razemba Crime Reporter
Police yesterday said security forces were still on the ground carrying out intensive investigations into the White City Stadium terror attack which resulted in the death of two security aides and injured 47 others. The police said they would inform the public once they have something concrete.

“Investigations on the Bulawayo blast are still ongoing. The team comprising all the security arms are on the ground in Bulawayo and back here in Harare. So far they are conducting the investigations and once they have something concrete, we will be in a position to inform the media, Zimbabweans and everyone else in general,” she said.

On June 23, a grenade that was targeted at President Mnangagwa went off at the stadium, causing pandemonium.
The President escaped unhurt, but two aides of Vice Presidents Constantino Chiwenga and Kembo Mohadi sustained serious injuries and later died in hospital.

Addressing senior police officers during his first tour of Bulawayo province since his appointment as the police boss, Comm-Gen Matanga said a joint investigation team would continue updating the nation on progress made in the investigations.

He described the attempt on the President’s life as a “nefarious” and “horrendous” act, but assured the nation that the perpetrators would be brought to book.

“As the Zimbabwe Republic Police, we will never rest until all those behind this heinous act have been accounted for and have had their day in court,” said Comm-Gen Matanga.

“We will do whatever it takes within the precincts of the law to ensure that this objective is met. At the risk of overemphasising, I wish to reiterate that no stone will be left unturned.

“To this end, I would like to applaud the level of cooperation and support that the joint investigation team has so far received, culminating in two suspects being accounted for. We really appreciate this collaborative effort and continue to appeal for more information which may enable us to bring to book whoever had a hand in this nefarious act beyond the two suspects we have nabbed.”

Comm-Gen Matanga said they were closing in on those behind the assassination attempt.
The Officer Commanding Bulawayo Province, Senior Assistant Commissioner Learn Ncube also vowed that his team would work until the assassins were arrested.

President Mnangagwa described the bomb blast as an act of cowardice and it has been condemned globally. Zanu-PF described the terror attack as “satanic”.

Meanwhile, Snr Asst Comm Charamba said they were also investigating a case in which a three-year-old boy was found dead in Glendale last month.

“We are really seized with that matter and from indications so far it looks like it’s not politically-motivated.”