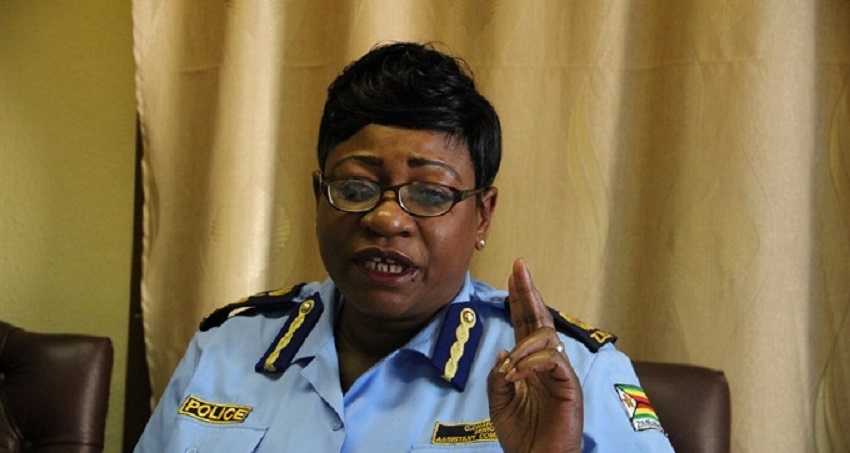 Vusumuzi Dube, Senior Reporter
THE police have released names of 27 of the 30 victims who died in the Brooklyn bus explosion at West Nicholson in Gwanda District two weeks ago amid a sombre atmosphere that engulfed United Bulawayo Hospitals (UBH) mortuary yesterday as relatives of the deceased trooped in to collect their loved ones for burial with heavy faces and tears.

The remains of three other people were unidentified as relatives of the victims are yet to approach officials and provide DNA samples to enable the identification. The accident occurred a couple of weeks ago at the 181km peg along the Bulawayo-Beitbridge Road and is suspected to have been caused by a gas cylinder that exploded. The bus was travelling from Zvishavane to Musina in South Africa. A total of 33 people — 32 on the spot — died in the inferno and 30 of them were burnt beyond recognition while 27 others suffered serious injuries.

National police spokesperson Senior Assistant Commissioner Charity Charamba named the 27 victims who were identified with the assistance of the National University of Science and Technology’s Applied Genetics Testing Centre. She appealed to members of the public who suspected that their relatives died in the inferno to come forward and enable the identification of the three remaining victims.

“The Zimbabwe Republic Police informs the nation that 27 bodies of the victims who perished in the fatal fire incident that occurred at the 181 kilometre peg along Bulawayo-Beitbridge road on 15 November 2018, have been identified through forensic DNA tests which were conducted by the National University of Science and Technology.

“The Zimbabwe Republic Police is still appealing to members of the public who suspect that their relatives might have perished in the inferno to come forward for the DNA testing process at Nust, as three other remains are yet to be identified,” said Snr Asst Com Charamba.

In an interview on the sidelines of the funeral service, Matabeleland South Provincial Administrator Ms Sithandiwe Ncube paid tribute to all those that had been working flat out to ensure that the deceased were identified so as to facilitate their burial.

“So far everything has gone very well, we have had the results of the DNA tests and people have been informed of the outcome, at the moment what is happening is that all those with remains that have been identified they have come forward to claim their loved ones. Relatives are now sorting out burial orders, getting ready to go to the funeral parlour.

“As we mentioned after the accident, the Civil Protection Unit has given all the families $500, Brooklyn Bus Services has also promised to give each family $200, the challenge we are facing for now is fuel but we are now talking to fuel stations such that if the bereaved families produce their burial orders they can access fuel without having to queue,” said Ms Ncube.

Relatives who spoke to Sunday News were all in grief saying the two-weeks wait for the DNA results had been painful to them and now they were facing the reality that their loved ones had indeed passed on.

“This is especially painful for us because my father-in-law, Mr Thembelani Nyathi, had just boarded the bus and the explosion occurred about 15 minutes later, it is unbelievable,” said Mr Peter Kanongo.

Ms Nomathemba Msipa who lost a sister, Bekezela, said as a breadwinner to her family they now did not know how to move forward.

“My sister was 31 years old, separated with her husband but taking care of her three children and the rest of the family through cross-border trading, she was hard working and would always teach people not to rely on anyone but work hard for their own upliftment,” said Ms Msipa.