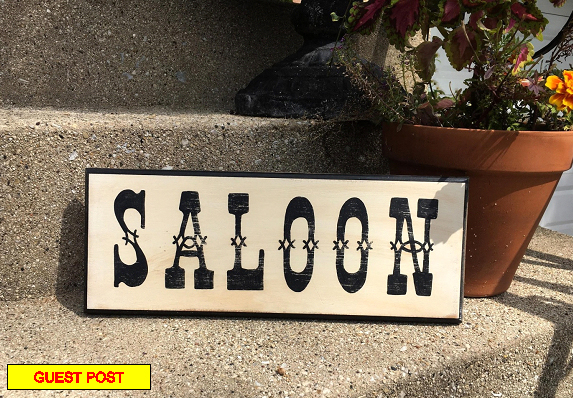 The history of western calligraphy is closely tied to the two great ancient powers of the Western world; Rome and Athens. It was them who first developed scripts that can be easily and practically used. After the initial use, the Romans started to get creative with their alphabet and script, adding a cursive style to the usual way they used to write down letters. Their letters were more clear, geometrical, and simple, not at all bold or complex as they became later down the line with the arrival of Christian monks who tried to decorate the Bible inside and out with lavish symbols.

Up until the age of Gutenberg, his bible was the invention of the printing press, every book ever created had to be written by hand and copied by hand as well. This was a gruelling task, with usually more than one author or copyist working on a book. But that doesn’t mean the copyist didn’t have time for some fancy or inventive typewriting. They invented one of the first typefaces, now known as the gothic. It has very bold lettering, with a sharp combination of curves and straight lines. This was done mostly in monasteries, since the majority of the population was illiterate. It was during that time that the church had almost a monopoly in education. Also during that time, in the 7th and 8th century, the monks had developed the glorious art of illuminating. Illumination is a special way of beautifying the first letter in a chapter of a book. It was bigger than the rest of the letters on the page, with its lettering done very thoughtfully. Some even went as far as to turn it into a proper miniature painting. The two most famous examples of such lettering are the Book of Durrow and the Book of Kells.

Later in this period, when the Gothic script reigned supreme, people started to make their own variations on the Gothic typeface. One of the first well-known variations that gained a lot of attention throughout Europe in that period was the Rotunda. It was a wider approach to lettering. Every letter was round and friendly, and one might even argue that Rotonda is a more readable version of the original Gothic script, It is impossible to argue over tastes. Fonts like Chancery hand or the Court hand followed soon after. If you are intrigued by these and want to know what it is like to write in ancient and classic fonts, be sure to search some Free Western fonts, to expand your knowledge even well beyond this article. But Gothic was still the boss, and that was proven when Gutenberg used it as the font for his first Bible.

The art of calligraphy had a lacked inventiveness after the days of Gutenberg. Many would look to print as many books as soon as they could. Profit was the king and queen of the printing game, and many didn’t realize that they could attract attention and profit by doing something unique like creating their type font. It wasn’t until the end of the 16th century that people started to design and print books with their unique typefaces. Italy was the centre of the art world during that time, and many of the innovations in the world of calligraphy took place there.

But the real boom in the popularity of calligraphy came in the 19th century. Praise is due to Edward Johnston, the man one can surely call the father of modern typeface or western calligraphy. But his work wasn’t a fluke. He was also influenced by a man called William Morris and his Arts and Crafts movement at the end of that century. His book about penmanship is a source of inspiration for many of the most famous modern typeface creators such as Graily Hewitt and Eric Gill.

We humans love beauty whenever we see it and love to make even the ugliest things we encounter beautiful. Nothing has gone through more wonderful transformations through attempts to make it beautiful than the art of writing itself. One says that it’s not what you say but how you say it, but in our modern times, it is also how you write it.