What About Professor Lumbe Mr President?

Source: What About Professor Lumbe Mr President? – The Zimbabwean

In June 2018, alleged Zanu PF activists killed a two year old; Professor Lumbe in Glendale after the minors’ father had ditched the ruling party, Zanu PF for the opposition. 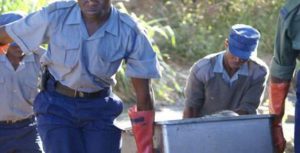 Prior to Professor’s death, his father had been warned by known Zanu PF activists in the area that his move to defect to the opposition had paced the lives of his family members at risk.

President Mnangagwa condemned the murder of Professor Lumbe and ordered the Zimbabwe Republic Police to act swiftly and bring the culprits to book.

Despite his order, the Crisis Report has it on good authority that the alleged culprits are walking scot free as there has been no action from the police.

This is reminiscent of the dark past which President Mnangagwa pledged to do away with. It is in the public domain that a number of murderers who killed in the name of Zanu PF walked scot free as they enjoyed immunity.

On the case of the late, Professor Lumbe it is more disturbing to note that his father has since fled the Glendale area after he received further threats from the alleged culprits who killed his son.
In July 2018, Crisis in Zimbabwe Coalition made inquiries with the police over the case of the late Professor and the law enforcement agents said they would issue a statement which has not been seen up to now.
The police went on to rule out political violence.

In June 2008, we stated as Crisis in Zimbabwe Coalition that the case of the late Professor was a litmus test in as much as President Mnangagwa’s pledge to do away with the dark past is concerned.
We are however concerned that it is becoming quite clear that Zimbabwe is still stuck in the dark past and this comes at a time President Mnangagwa has appointed a Commission of Inquiry to investigate the shooting of civilians by the army on August 1, 2018.

CiZC has expressed serious reservations with the Commission of Inquiry and we do not expect much to come out of that compromised Commission. After the President ordered a probe into the murder of Professor and nothing has come out almost four months down the line, we are left wondering whether there will be any credible outcome from the ‘Commission of Inquiry’ into the August 1 events.
On Professor’s case, we urge President Mnangagwa to ensure that the police act diligently without fear or favour.

Newer Post
#Letters: The state is worsening the poverty in Zimbabwe
Older Post
Zimbabwe National Army has always been prepared to shoot for Zanu PF