What is POLAD’s take on Zanu PF’s declaration that it does not accept election defeat?

Source: What is POLAD’s take on Zanu PF’s declaration that it does not accept election defeat? – The Zimbabwean 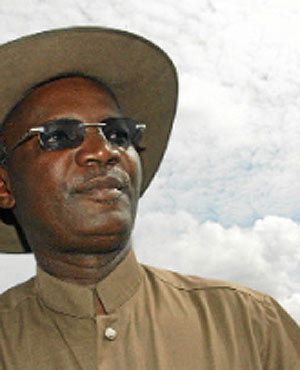 I for one was convinced 25 years ago that Zanu PF is an evil party that is beyond reform. My conviction was entrenched during the days of the Edgar Tekere led Zimbabwe Unity Movement, when Patrick Kombayi was shot at and left for dead, and Robert Mugabe ordered out of prison the culprits who had been convicted and sentenced. That is the Zanu PF way of doing things, as confirmed by that evil party’s latest conference resolutions read out in Goromonzi a few weeks ago.

I get surprised if people I had thought were well-meaning, people I thought had understood better the evil nature of Zanu PF fail to realize that Zanu PF will never change its stance, and I do hope that the POLAD fanatics, the likes of Dr. Khupe, Lawyer Obert Gutu, Amai Matibenga, Professor Lovemore Madhuku and others who were originally genuinely opposed to Zanu PF traits and people like Eddie Cross who has been making frantic efforts to exonerate Emmerson Mnangagwa will carefully read through the Zanu PF Congress resolutions and re-think their stance.

Zanu PF is like a python which changes its colours to look pretty when it wants to attract its prey. Emmerson Mnangagwa has proved through his presentation at the Zanu PF conference that he is a real crocodile which sheds false tears to mislead.

Zimbabwe will only be a better country to live in when Zanu PF is removed from power, but the problem is that some people don’t seem to be intelligent enough to realise that Zanu PF cheats. I hope some of these colleagues will invest in Professor Jonathan Moyo’s new publication Exelgate to start to appreciate the cunningly evil nature of Zanu PF and appreciate reality.

I sincerely appeal to our friends in POLAD and to Eddie Cross to plead with Mnangagwa for him to stop applying sanctions on innocent Zimbabweans.