What, motorsport in Zimbabwe? The country might be in shambles, but racing still thrives over there

Source: OPINION | What, motorsport in Zimbabwe? The country might be in shambles, but racing still thrives over there | Wheels24 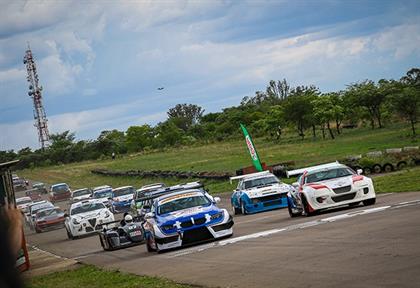 It’s amazing how much Zimbabweans are doing with how little they have, and even more impressed t how motorsport is keeping head above water in this place.

Every year I’m blessed to be at most of the major motorsport events in South Africa and there are quite a variety of things to find enjoyable on these trips. Of course, there is the ultra-professionalism of international events and South Africa’s national championships to behold on some days, while other weekends will see you experiencing the camaraderie at club level.

Every venue we go to has got something different to offer. Zwartkops Raceway and the Kyalami Grand Prix Circuit brings the benefit of sleeping in my own bed the night before, there’s also the bliss in waking up to the sound of the ocean when heading to Dezzi Raceway, or an early morning hotel view over the Port Elizabeth harbour.

Welkom is a town that I don’t like much at all, but a restaurant there will serve you one of the best steaks you’ll ever taste.

Being originally from Cape Town, there’s always the bonus of catching up with old friends when we go to the Killarney International Raceway. 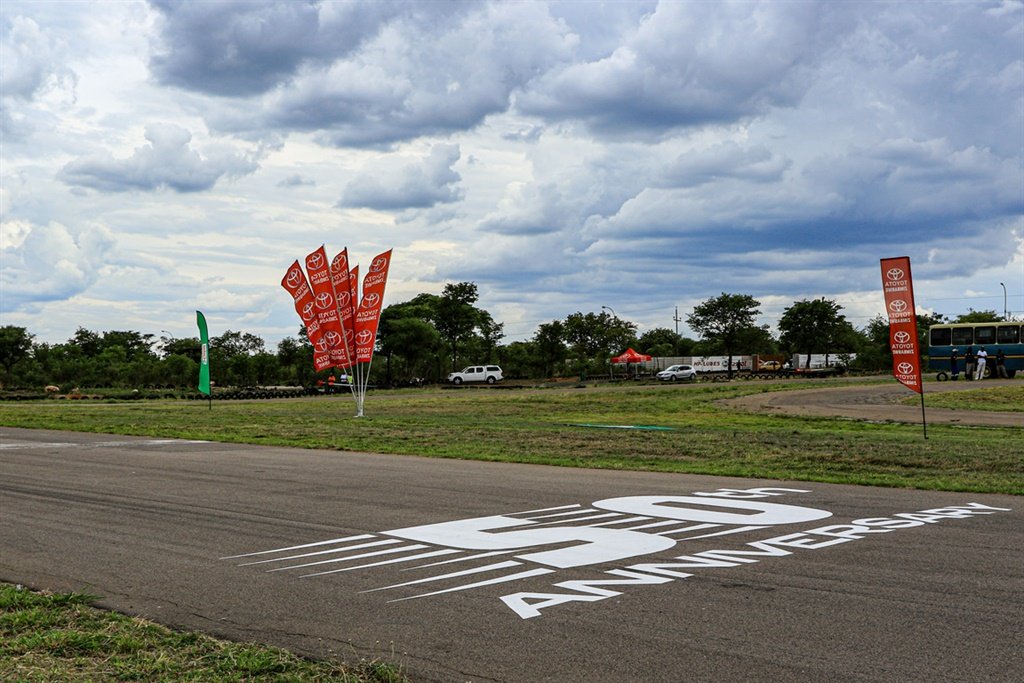 And then, there’s the utter enjoyment of going to Zimbabwe

Yes, you’ve read that last word correctly: Zimbabwe. The land of constant political turmoil where prices differ based on the currency you’re paying with. The place where power outages last for 15 hours, but where you can easily skip the impact of this by rather spending that time in your local fuel queue; that Zimbabwe yes.

It will then probably be even a bigger surprise that this is one of my favourite destinations on the calendar. I’ve been to events in both Harare and Bulawayo on numerous occasions and I’m always eager to go back there. Which to some will be quite odd considering that you don’t have that level of professionalism in their national championship as what you would experience locally.

They have a superbike series even though the numbers are always bolstered by some visiting South Africans. There’s a sportscar race, but if the entries are too little, the day will see them sharing the circuit with the Saloon Car Championship. The guy with the best pit setup is probably the one who brought a generator and a gazebo along. 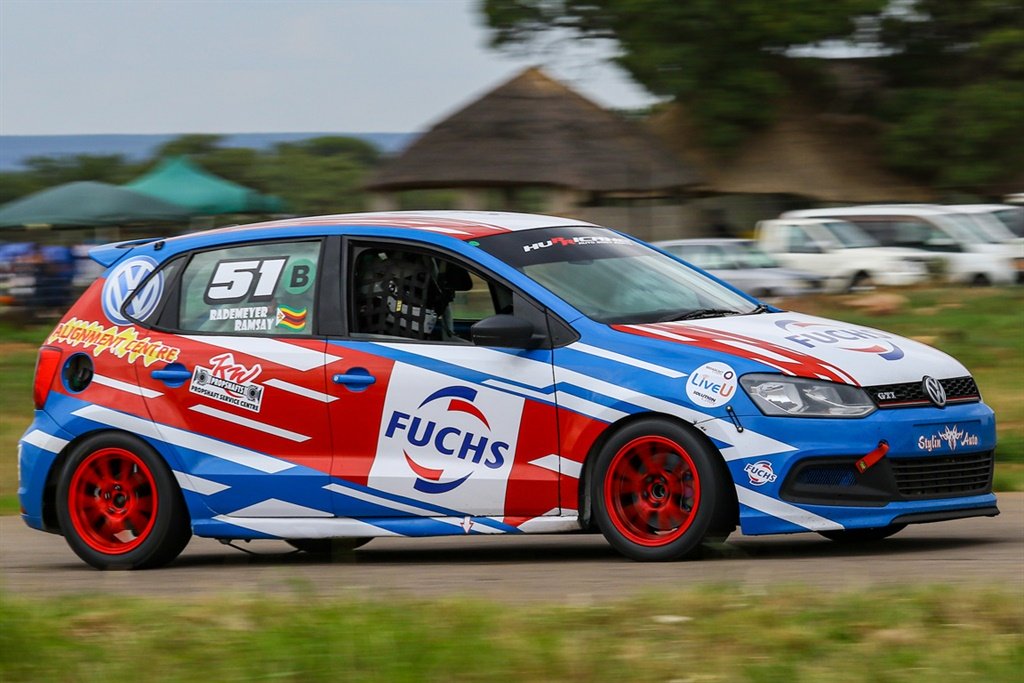 So what is it that’s so special about the place then? The people.

After nearly 50 years of war, land grabs, hyperinflation, food shortages and a collapse of all major industries, one of the few things that could not be broken is the “Don’t give up” attitude of the average Zimbabwean. This is the way that they approach every daily struggle and why those in charge of Zimbabwean motorsport are persisting to keep the passion going.

In total, Zimbabwe probably has fewer active competitors nationwide than what you’d see at a South African club day in far-off Welkom, yet I’ve never been to an event there with a crowd attendance of less than 10 000. Not bad for a place where the US $5 entrance ticket is five times the average daily wage.

While we’re talking about the last half-century, let’s get to the most recent event on the Zimbabwean calendar; the Toyota Zimbabwe / HP Lubes Bulawayo 3 Hour. December saw the 50th edition of this event.

Through the last 50 years, it was hosted in Harare on a few occasions but settled back at the Bulawayo Motorsport Park for the last few decades. Nowadays starting at 3PM, it has also seen 6PM starts in the past.

The history of the event will be a whole different book to write, but I can confirm that this is the continent’s longest-running motorsport event which also once formed part of the Springbok Series tour. 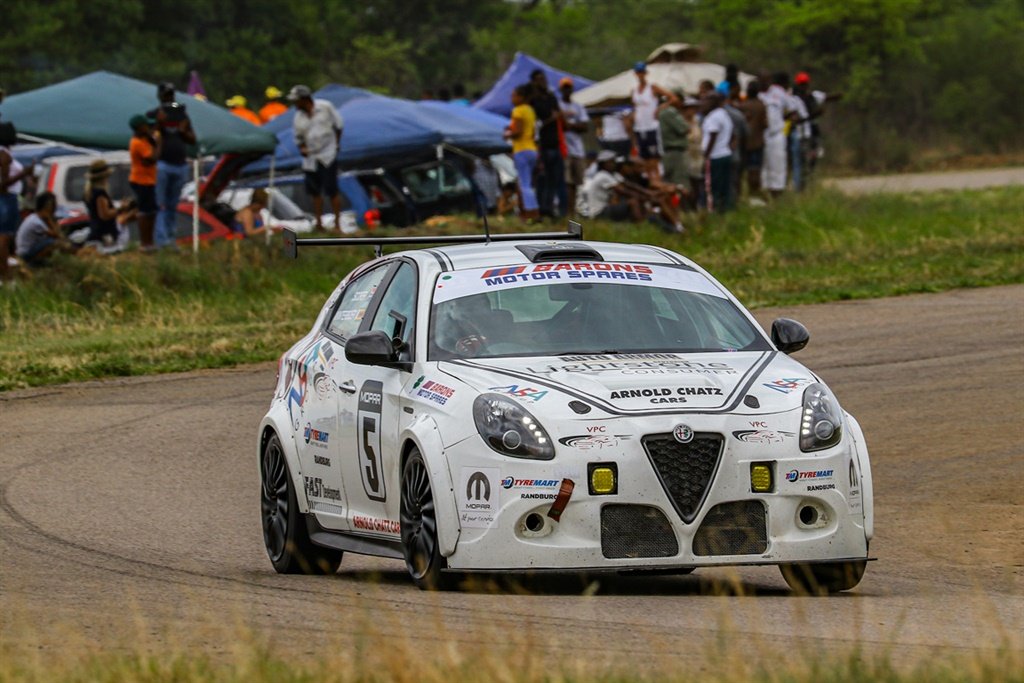 In a country that faced this many problems, it’s quite an extraordinary achievement for an expensive sport like motorsport to survive, let alone a single endurance race. And it’s not a small show either. Apart from the usual South African contingent trekking north for this one, 2019 also saw competitors from England, Australia, and New Zealand.

Despite the prestigious stature of this event, it is one of the most relaxed race weekends you will ever experience. It all started on Thursday night with the pre-event cocktail party hosted on the Banff Lodge deck. Friday morning (okay morning-ish) saw the entrants making their way to the circuit where the practice sessions started at 2PM. The evening it was back to Banff for supper, but an early one this time around before the next day’s business end.

Qualifying and racing all took place on Saturday for the 3 Hour, the 1 Hour superbike race and the sprint-race curtain-raisers held before them. Saturday evening, well this was just simply a party with the official prize-giving ceremony on Sunday morning.

One of the South Africans who made his fourth appearance in this race was MotorMart VW Challenge competitor Lyle Ramsay who teamed up with reigning Zimbabwean Saloons Cars Champion, Calvin Rademeyer.

The pair were chasing their third successive Class Saloons B win, however, an engine problem just before the midway mark forced them into retirement. This didn’t hamper the weekend though as Ramsay explains: “We were obviously pushing for the win, but I can still look back on one of the most enjoyable weekends in the 2019 season.

“I took the option of driving to Bulawayo for the event with a week-long holiday with my former local team afterward as well. The friendships I’ve made there over the years keeps drawing me back to Bulawayo. I’ll be honest, ahead of my first outing in 2016 I didn’t quite know what to expect; I mean you always just hear all sorts of stories. But I’ve been pleasantly surprised. This year, for instance, the car we used for travelling around the city had a broken window, yet nothing was stolen out of it. You won’t find that locally that’s for sure.”

Bradley Scorer is well known in South African endurance racing and made his Bulawayo debut in 2019; partnering with Darren Winterboer to the race win: “The Bulawayo circuit is very similar to our own East London circuit with fantastic facilities all around.

“Everyone thinks that Zimbabwe has gone down for good, but coming here you won’t say that at all. All the people I encountered were simply fantastic with a superb sportsmanlike atmosphere around all weekend.” 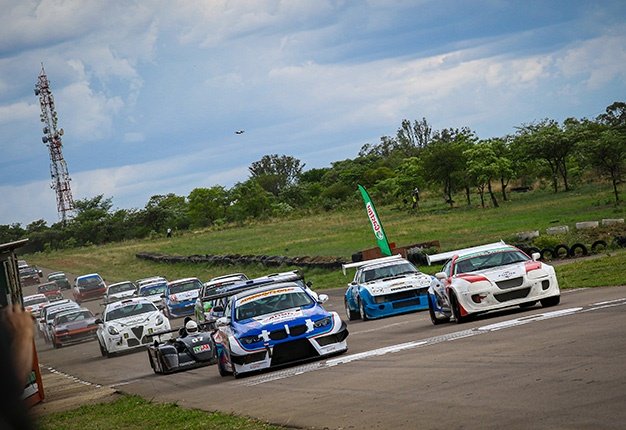 My personal experience: After landing back in South Africa following the weekend, I quickly found myself knee-deep in the Centurion floods and with Stage 6 load shedding on the menu. I think the atmosphere was as moody as the Gauteng skies. But while trying to find where I last hid away the candles, I reflected on an awesome weekend with the knowledge that the morning I woke up to African tranquillity in one of my favourite places.

And yes, the people make the place just that much better.

It’s amazing how much Zimbabweans are doing with how little they have, and even more impressed t how motorsport is keeping head above water in this place.

I take my hat off to all those passionately involved with motorsport in Zimbabwe. And if you’ve read this and still don’t believe me, come join me at the Bulawayo Motorsport Park in December 2020. You may just learn a thing or two.

Disclaimer: Wheels24 encourages freedom of speech and the expression of diverse views. The views of columnists published on Wheels24 are therefore their own and do not necessarily represent the views of Wheels24.