What the Constitution says about elections – 9

Source: What the Constitution says about elections – 9 – The Zimbabwean 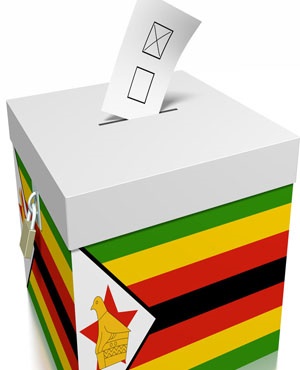 This Act shall apply to:

(a) the election of members of Parliament and elections to the office of President for the purposes of the Constitution; and

Subject to the Constitution and this Act, every election shall be conducted in way that is consistent with the following principles

(a) the authority to govern derives from the will of the people demonstrated through elections that are conducted efficiently, freely, fairly, transparently and properly on the basis of universal and equal suffrage exercised through a secret ballot; and

(b) every citizen has the right

(i) to participate in government directly or through freely chosen representatives, and is entitled, without distinction on the ground of race, ethnicity, gender, language, political or religious belief, education, physical appearance or disability or economic or social condition, to stand for office and cast a vote freely;

(ii) to join or participate in the activities of and to recruit members of a political party of his or her choice;

(iii) to participate in peaceful political activity intended to influence the composition and policies of Government;

(iv) to participate, through civic organisations, in peaceful activities to influence and challenge the policies of Government;

(c) every political party has the right—

(i) to operate freely within the law;

(ii) to put up or sponsor one or more candidates in every election;

(iii) to campaign freely within the law;

(d) every candidate has the right—

(i) to have fair and equal access to electronic and print media, both public and private;