What to expect on judgement day 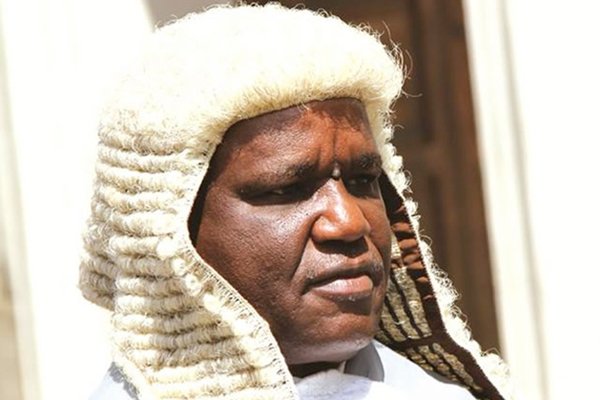 Source: What to expect on judgement day – The Zimbabwe Independent August 24, 2018

AS the Constitutional Court carefully considers the evidence ahead of handing down judgement today in a petition in which MDC Alliance leader Nelson Chamisa is challenging and seeking to overturn President-elect Emmerson Mnangagwa’s victory in the July 30 elections, constitutional law experts are predicting Zanu PF leader Emmerson Mnangagwa will triumph.

In his petition, Chamisa, who is represented by advocates Thabani Mpofu and Sylvester Hashiti, argued the Zimbabwe Electoral Commission (Zec) presided over a shambolic election, saying the poll was rigged in favour of Mnangagwa.

Chamisa’s lawyers submitted before a nine-member bench led by Chief Justice Luke Malaba that the electoral body manipulated the poll outcome, as shown by its revision of results “three times over.”

Mpofu said Zec announced that Mnangagwa had won the presidential election with 50,8% of the vote. However, Zec later admitted that there were some “clerical errors” before revising down his tally to 50,67%.

Mpofu was challenged by the bench to substantiate his allegations with substantial primary evidence.

Constitutional lawyer Derek Matyszak yesterday predicted that Mnangagwa will be declared the winner of the 2018 harmonised elections.

“My prediction is pretty much the same as it was in 2013. Mnangagwa will be declared the winner of the elections and the courts will rule that the elections were free and fair. This is so because the courts made it clear that the MDC Alliance had come to court without any firm evidence,” Matyszak said.

“So likely there is just going to be the ruling without a full judgement to which the constitutional court will say it will give reasons later. The main issue is that the MDC Alliance lawyers should have brought the V11 forms to court.” Constitutional law expert Greg Linington said all the lawyers were impressive, making it difficult to predict the trial ruling. United Kingdom-based Zimbabwean lawyer Brighton Mutebuka said Mpofu had a spectacular first half of the proceedings and a difficult second period when he came under “sustained” attack because of the absence of the V11 forms. He was also criticised for failing to ask for the “residue” or ballot papers to be unsealed in line with the Electoral Act.

“The simple inescapable conclusion is that Team Chamisa did not have enough of these. The other unavoidable conclusion is that Mnangagwa and Zec had them but they steadfastly refused to file them. In fact, one of the most stunning parts of the proceedings relates to the remarkable exchange that Justice Rita Makarau had with Zec’s counsel, Tawanda Kanengoni,” Mutebuka writes in his analysis of the proceedings.

“This related to Team Chamisa’s contention concerning exact voting returns at certain polling stations. Justice Makarau asked how many V11s Zec had filed to vitiate Chamisa’s contention and he replied that only two had been submitted, despite the fact that Chamisa’s team had referred to anomalies in at least 11. The very obvious question to be asked is why only two when the matter was in contention and you have got access to all of them? No convincing response was given in relation to this.”
Mutebuka said there was convincing response from Zec to the issue of the 40 000 teachers who were disenfranchised.

“The case will now not turn on either the procedural or substantive aspects. I think they will decide in Mnangagwa’s favour on both accounts. The way I see it, Chamisa and his team have not been able to furnish the court with a credible reason, pertaining to why they were unable to provide all their V11 and V23 Forms to the court,” he said.
“If it was violence or intimidation by Zanu PF or both, they needed to have gone out of their way to provide affidavits from their polling agents addressing this. This is absolutely crucial, as Tawanda Kanengoni, Zec’s lawyer, submitted some V11 forms directly contradicting Team Chamisa’s claims, which forms were said to have been properly signed by MDC polling agents. There was no comeback on this, and remember that Justices Malaba, (Bharat) Patel, Makarau, (Paddington) Garwe, (Elizabeth) Gwaunza, Ben Hlatshwayo all took turns to press on this point.”