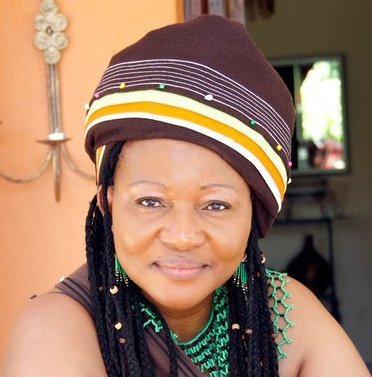 Recently, I watched a youtube video where men driving a Zanu PF twin cab were handing out bars of green soap to mostly women at some location in the rural areas. The video (https://www.youtube.com/watch?v=ruuK2g0xxD4) was uploaded by Zimbabwe Yadzoka on July 19, 2018. Whether it was vote-buying or not, is not the point. The central issue here is that, for the last 38 years, the Zanu PF-led government has always mistakenly thought that, the nation, particularly those residing in rural areas, need handouts. They might want the handouts, but certainly do not need them.

The Sunday Maverick with GLORia NDORO-MKOMBACHOTO

No sane person will refuse a freebie

Very few people will refuse a free gift. The previous dispensation was known for parcelling out freebies to people in the rural areas, not because of love for these people, but as a means of endearing itself to the people and making them beholden to former president Robert Mugabe’s regime. The impression was created that Mugabe was the benefactor.

The inconvenient truth was that the funds for this purpose were coming from the fiscus. Because the government purse is not bottomless, this benevolence could not be parcelled out to all and sundry. The beneficiaries were carefully chosen for their gullibility and docility.

Government calculated that small crumbs and alms were enough to purchase the loyalty of the rural voters. These villagers being the minimalists that they are, were contented and as a quid pro quo, were willing to give Mugabe their undying loyalty.

Going forward, this is not what Zimbabweans want. Parcelling out alms and freebies to the people is not the answer to the problem of poverty in our country. This was a ruse by government to buy loyalty from the people and at the same time disable them from being able to fend for themselves. A terrible mentality of dependency on government was created. To this day farmers cry for seed packs, fertiliser etc from government.

Government should give the people fishing rods and not fish for them so that the people can become independent. The duty of government should be to create an enabling environment so that businesses can prosper. In this regard, government needs to solve the cash crisis, ensure that the rule of law prevails, make sure that the public utilities are performing, develop infrastructure, provide education and health facilities, ensure a tax regime that is not onerous.

When people are made to rely on handouts, it strips them of dignity.

The late dictator, Generalissimo Francisco Franco of Spain was once asked, “What is the secret of your longevity in power?” His response was, “Food on the table!”

My rebuttable presumption is that, a wise ruler, is one who ensures that the economic welfare of his people is taken care of. When citizens are allowed to be masters and mistresses of their own destinies, the ruler often can rule for prolonged periods of time without fear of insurrection. The minute you tamper with the economy you invite trouble upon yourself as a ruler and more often than not, your reign will be truncated and cut short.

This week Zimbabwe is going to have a new dispensation. Whatever administration is going to emerge from the current impasse should work very hard at restoring the economy to levels it was during the early 80s.

Over the last decade, hundreds of companies in Zimbabwe have closed down throwing hundred of thousands of workers onto the streets, with critics blaming the situation on poor governance.

With the unemployment rate hovering around 90%, Zimbabweans want to get back to work. When there is widespread company failure and a large chunk of the population ends up unemployed or underemployed, the impact on revenue collection for the fiscus is adverse, threatening national development projects. Couple that with looting and corruption, you end up with a cocktail for disaster.

The multi-currency regime that was introduced in 2009 has failed and Zimbabweans are desperate to have their own currency that they can access as they wish, when they want to from the banking sector. What is currently going on right now where the banking public are unable to access their monies when they want to, amounts to abuse and criminality.

The infrastructure situation for Zimbabwe is dire. Looking ahead, Zimbabwe faces a number of important infrastructure challenges. A March 2011, Africa Infrastructure Country Diagnostic Report, entitled Zimbabwe’s Infrastructure: A Continental Perspective by Nataliya Pushak and Cecilia M. Briceño-Garmendia, says, “Zimbabwe’s most pressing challenges lie in the power and water sectors. Inefficient and unreliable power supply poses major risks to the economy, while the maintenance and upgrading of existing power infrastructure no longer looks to be affordable. At the same time, overhauling the water and sewerage system is imperative for curbing the public health crisis.”

Pushak and Briceño-Garmendia further report that, with respect to regional integration, Zimbabwe must improve the condition of the international road corridors that pass through its territory, along with reducing transit costs and transit time, to gain the most from its strategic location in the heart of the southern Africa region and its proximity to the region’s largest economy and trading partner: South Africa.

The country report further warns that “Addressing Zimbabwe’s infrastructure challenges will require sustained expenditure of almost $2 billion per year over the next decade, with heavy emphasis on rehabilitation; more than half is needed for the power sector. This overall level of spending would represent 46% of gross domestic product (GDP), one of the largest infrastructure burdens for any African country. Investment alone would absorb 31 percent of GDP, roughly twice the unprecedented infrastructure investment effort made by China during the 2000s. Even if measured in terms of average precrisis GDP, the overall infrastructure spending needs would absorb some 30%of GDP.”

Good and affordable education for their families

Zimbabweans generally value and are demanding good and affordable education. Many are failing to educate their children because they are either unemployed or underemployed. Without education, the cycle of poverty continues.

Over the past 38 years there has been substantial rural-urban migration that has been going on unchecked. This has led to a strain on infrastructure in all towns and cities of Zimbabwe.

According to the herald of January 16, 2018, Zimbabwe needs “an estimated 15 to 20 years to clear its national housing backlog which has been ballooning in recent years, pushed by the increased rural to urban migration.” Over a 1,25 million units will need to be built in order to satisfy demand for housing across the housing.

Prosperity for Zimbabwe will be compromised if the issue of decent housing for those living in informal settlements is not addressed as a major of urgency.

Without freedom to be masters and mistresses of their own destinies, the Zimbabwe that the citizenry are yearning for will not be realised. Freedom without repression includes, freedom of speech, freedom of association, human rights and all the freedoms enshrined in the constitution on Zimbabwe.

Zimbabwe needs business environment reform. The over-regulation in many sectors of our economy is multi-dimensional, complex and will need to change over time.

The rule of law, in its most basic form, is the principle that no person is above the law. Over the last 38 years we have all witnessed how the power elite (the political and business elites) have acted above the law and gotten away with it.
It is the wish of every citizen of Zimbabwe to see the power elite abiding by the law and not use their positions of influence to fragrantly disregard the law.

Leadership that is responsive to the needs of citizens

As the governing party for 38 years, Zanu PF under the former president did not listen to the people. Dictators rarely do. Its rule was characterised with abrasiveness, snootiness and disdain for citizens. The leadership was haughty and pompous, imposing its will on the people. It is said there is pride before a fall. So it was with Mugabe and his band of merry men, some of whom will be part of the new dispensation. Excessive hubris and insolent arrogance are no doubt some of the main reasons that brought about his downfall.

It is the wish of every Zimbabwean that the new leaders will consult the people and move forward with them in unison and as one with those in key decision-making positions taking into account the views and aspirations of the people.

In an article written by Gerald P O’Driscoll Jr and Lee Hoskins, Property Rights: The Key to Economic Development, on August 7, 2003 in Libertarianism.org, “Prosperity and property rights are inextricably linked. The importance of having well-defined and strongly protected property rights is now widely recognised among economists and policymakers. A private property system gives individuals the exclusive right to use their resources as they see fit. That dominion over what is theirs leads property users to take full account of all the benefits and costs of employing those resources in a particular manner.

The process of weighing costs and benefits produces what economists call efficient outcomes. That translates into higher standards of living for all.”

Friedrich Hayek, a Nobel laureate in economics, has consistently argued; “that the difference between prosperity and poverty is property. Nations prosper when private property rights are well defined and enforced.”

Newer Post
Are MDC fit to govern?
Older Post
Jeremy Gauntlett: Zim minister had no reason to bar me