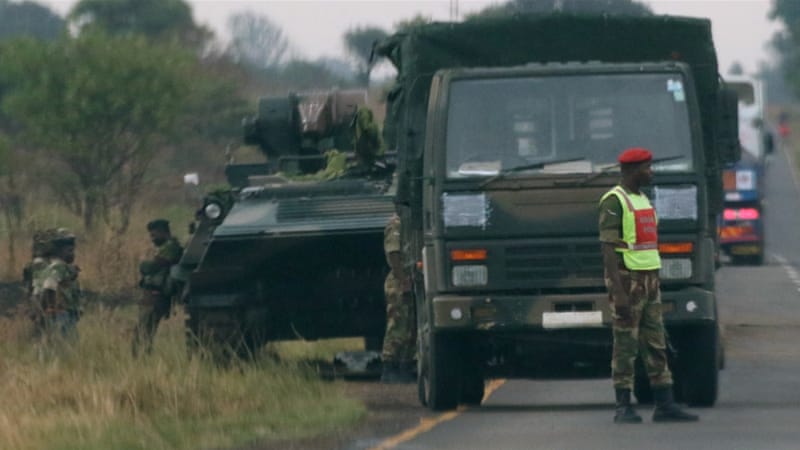 Soldiers on Wednesday took over the headquarters of the state broadcaster ZBC and blocked access to government offices, but the army says this is not a military take over.

President Robert Mugabe, who leads the ruling Zanu-PF party, is safe, an army spokesman has said.

What has happened so far: