Source: When the clueless and corrupt pray – NewsDay Zimbabwe 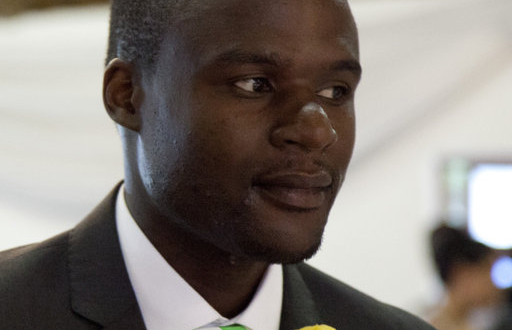 A FEW days back President Emmerson Mnangagwa called for a day of prayer and repentance. The objective was to pray for the intervention of the Almighty in the global pandemic, the COVID-19. Mnangagwa has about four honorary doctorates from State universities where he is also the chancellor. He is a wise man indeed.

When Mnangagwa came into power, via a military coup, he thought he was sanctioned by God. Actually, his coming into power and subsequent behaviour of men of the cloth around him gives an impression that he is another Son of God as Tony Gara once referred to Mugabe. Mnangagwa himself tried to equate his coming into power as the voice of God’s declaration. You see, he is so wise that he knows what God wants. Another equally wise PhD holder, Grace Mugabe, just after the 2018 disputed elections, told us that Mnangagwa was God-given.

It seems Zanu-Pf has its own god, created in the party’s liking and imagination. A god who is willing to settle on the throne violent men and women who do not care about the trauma they have visited the country for the past 40 years. It makes sad reading that people who preside over corruption and manage to steal from the sick and national coffers during the COVID-19 pandemic go ahead and call for prayer. Wisdom, as the Bible states, is well connected to the fear of the Lord and no one can claim wisdom as long as they do not fear the Lord and follow his commandments. The problem with Mnangagwa and co is that they think they can command God. Look at the clueless leaders of suspicious spiritual abilities and capacities surrounding Zanu-Pf. These leaders prophesy and declare victory in elections and wise Mnangagwa is likely to believe them over the voters who do the voting and choosing.

The sooner we realise that all these church leaders who cozy up with politicians, especially those steeped in voodoo politics and never use common sense despite having so many degrees, are a danger to national security the better. Prophets have sold their souls to the devil by continually supporting Zanu-Pf while it is presiding over a corrupt, violent and inhuman state. That one can steal from the COVID-19 pandemic funds is unimaginable. Only a few get arrested and the bigger fish continue to swim in the state coffers looking for their next prey. We can easily breathe and move on when we hear news that our government is willing to buy $5 masks at US$28, close associates of the country’s leaders are accessing foreign currency easily and without any due restrictions, to run fuel monopolies in the country or to monopolise the transport industry. But again, in Zanu-PF, it seems, where everyone is guilty, no one is.

At the end of the day you not only numb citizens to corruption but push them to desperate extents where they become creative to beat the system. It is sad that a government which can seek God through a national day of prayer pushes its citizens to the edge and has a laissez-faire attitude towards corruption and incompetence within its rank and file. To be sure, Mnangagwa’s presidency has been painful to watch at many different levels. The president does not inspire confidence on anything and his hangers-on who laugh at even his most sordid jokes make it worse. The man is not well read, aware, and cannot provide leadership which inspires confidence. For a glimpse of mediocrity within the system, just follow Nick Mangwana on Twitter. You won’t believe the guy once lived in the United Kindgom. The less said about Nick the better.

Criminalising citizens for running a parallel economy in a context where even the verbose and sophisticated sounding characters like Prof Mthuli Ncube, who for a long time and in different places have been selling ice cubes even to Eskimos, have failed, is not a good thing. The best, if Mnangagwa was to seek God, turn away from his sins and seek healing of the nation, is to introspect. David had a prophet, Nathan. If our wise president would read, Nathan rebukes David without any iota of fear and smiling at silliness and David gets message and changes his behaviour.

Perhaps, the best thing we can suggest is that the leadership comes back to its senses. But the Zanu-PF culture might have deepened its roots such that we are at a point of no return. And indeed, this is where we are. While we cannot fathom a failed President for the sake of the country, we have no option but to pray to the God than the one who was held hostage last week and prayed to by political leaders with dirty hands and prophets with evil intentions. Our prayers have been and shall be about the demise of Zanu-PF. Yes, for such a long time Zimbabweans have been singing refrains such as Smith was better than Mugabe, and now it is Mugabe was better than Mnangagwa.

The latest is Oh Lord how long…. And if God in heavens hears our prayers for a new Zimbabwe, He is sure to answer it but so long. Ride on ED and your acolytes because freedom is coming to Zimbabweans before long.

You might be wondering what gives us so much hope — Malawi! At least they have a decent bench of men and women of integrity and intellect that annulled an improperly run election and people later won the day when they were allowed to make their choices. Not some under-the-tree church prophet’s choice imagined to be God’s. No.

Shepherd Mpofu is a journalism lecturer and media scholar. He writes here in his personal capacity