When will Zimbabwe′s fuel and power blues end? 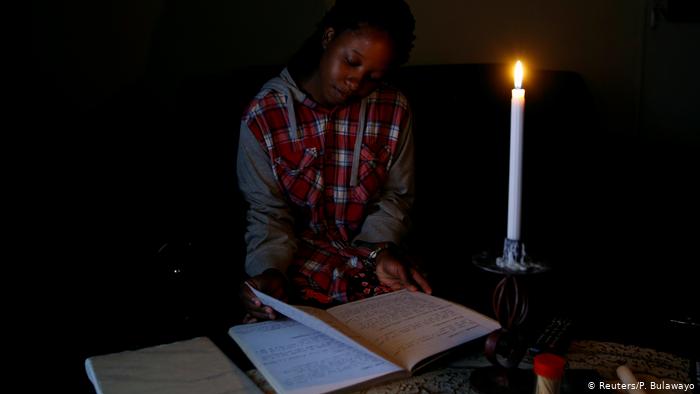 Nelson Masaka has owned a butcher’s shop in Zimbabwe’s capital Harare for 12 years.

He now stores a jerrycan of fuel at his store because otherwise, when the power goes off, he has to run to the petrol station to buy diesel for his generator to keep his fridges cold.

And the power has been going off a lot in the past week as Zimbabwe is hit by a series of rotating blackouts lasting up to ten hours a day. It’s the worst the country has seen in three years.

Adding to the misery is another sharp hike in the cost of fuel – the second since January – with petrol and diesel prices rising by nearly 50 percent on Tuesday. The increase came after the central bank effectively removed a subsidy by ending a preferable US dollar exchange rate for fuel importers.

The price increases have led to long queues at fuel stations. 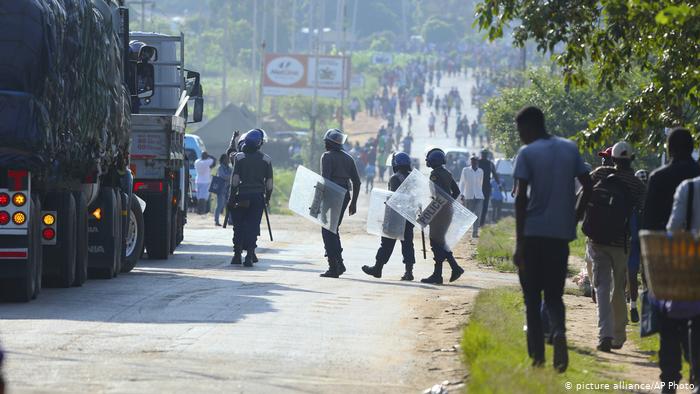 A doubling of fuel prices in January triggered violent protests

“Diesel is also expensive and not readily available which is another challenge,” Masaka told Reuters. “So I only power up the generator at night so that the next morning the fridges are cold enough to store meat. That’s the situation in this country.”

The power cuts, imposed since May 13 by the state utility, ZESA, are an effort to avert the risk of Zimbabwe running out of power completely.

ZESA is blaming low water levels in the Kariba Dam, which feeds Zimbabwe’s only hydroelectric power station, for the power cuts.

The Kariba power station is Zimbabwe’s main source of electricity. But it’s currently producing only about one third of its intended output because water levels are dangerously low.

With the reservoir only around a third full, the Zambezi Water Authority, which is jointly governed by Zimbabwe and Zambia, is rationing water for power generation.

“The problem with Kariba is that is is susceptible to drought,” said Victor Utedzi, the director of African Transmission Corporation, a Zimbabwe-based company involved in the energy sector.

Zimbabwe receives most of its rain from November to March – the past season saw the lowest rainfall in some forty years. 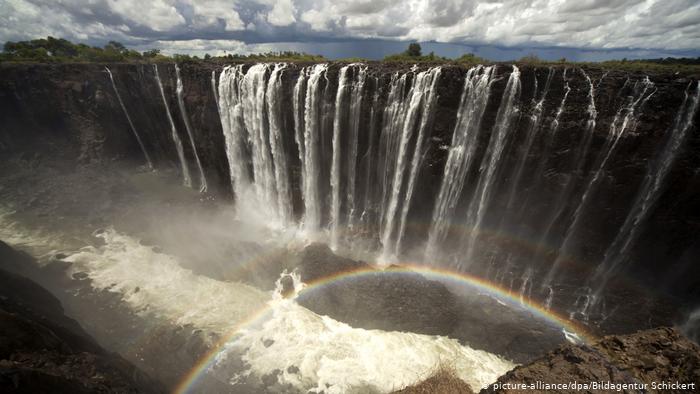 Flows at Victoria Falls, around 120 km upstream from Kariba Dam, are less than half what they were a year ago

The country’s other aging power stations are unable to pick up the electricity demand.

Hwange, Zimbabwe’s biggest and oldest power plant, is having difficulty getting enough coal to keep its turbines turning. The nearby colliery that supplies it is suffering a fate similar to that of many other Zimbabwean companies – without access to foreign currency to procure equipment and spare parts, it’s struggling to stay afloat.

But even if coal were available, “Hwange is just not able to produce power on a dependable basis,” Utedzi told DW on the phone from Harare. Built in the 1980s, Hwange is currently running at just over a half of its capacity of 920 MW because it’s “at the end of its design life.”

Zimbabwe has long struggled to meet its electricity demands. In the past, it eased its power shortfall by buying in power from its neighbors, primarily South Africa and Mozambique. 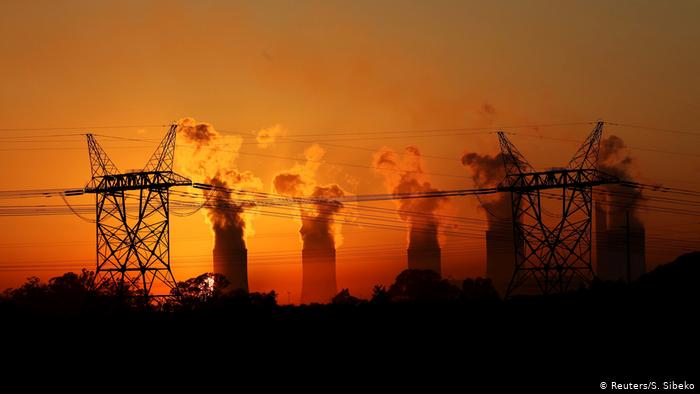 “Zimbabwe has accumulated such a large debt that they’re now cutting us off,” Utedzi said.

With South Africa currently suffering an electricity crisis of its own, it’s cornering the electricity market in the region.