Where is our promised listening President?

Source: Where is our promised listening President? – NewsDay Zimbabwe January 30, 2020 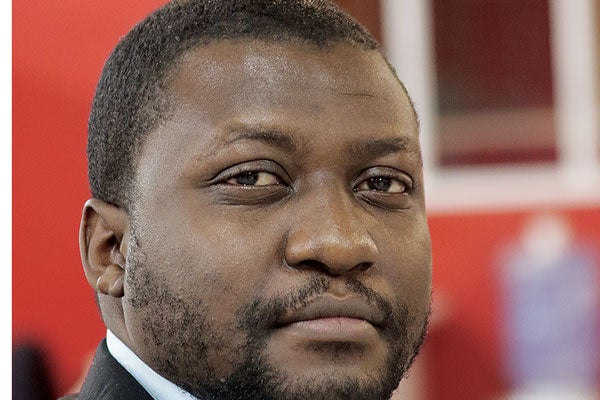 When President Emmerson Mnangagwa returned from his brief exile in South Africa in 2017, he famously declared that the “voice of the people is the voice of God”, promising a new era of responsive governance.

Among other things, he promised to be a “listening President”, a far cry from the ivory tower kind of leadership that Zimbabwe had been subjected to for almost four decades.

When he first came to power, Mnangagwa made the right noises, said what was expected and the world, for a brief moment, thought he was a refreshing break from Zimbabwe’s very toxic past.

However, just over two years into his presidency, Mnangagwa has shown that he is anything but a “listening President” and that the haloed voice of the people is nothing more than a shout into the wind.

In one of the most brazen assaults on our move to create a democracy, Mnangagwa and his lieutenants have gone about proposing amendments to the Constitution, which will see more power vested in him instead of the people, whose voice is supposed to be the voice of God.

Zimbabwe’s Constitution was only adopted seven years ago by a majority of citizens at a referendum and it really boggles the mind why Mnangagwa and his party are so hell bent on amending such a young charter.

Among others, they want to dispense with the running mate clause before it is even implemented.

That clause was only supposed to kick in at the next elections, but before it has even been implemented, Zanu PF apparatchiks think they should get rid of it and we wonder why they even bothered going through the Constitution-making exercise.

The government is also getting rid of a provision that calls for public interviews for the Prosecutor-General, in favour of a murky process where the President, in consultation with the Judicial Services Commission, appoints the country’s top prosecutor.

Remember the one centre of power notion that was popular in Zanu PF around 2013 to 2017? It is being reincarnated in the most brazen way.

To ensure that the government just does not get international loans as it pleases, there is a provision that Parliament must approve such deals, but guess what, the new amendments want to get rid of this.
What we have here is a government that is increasingly running away from public scrutiny and accountability, preferring to literally work in the shadows.

All of a sudden, the voice of the people, and by extension their eyes, are no longer equivalent to those of God and instead have been relegated to an insignificant whisper.

Just look at the ministers that Mnangagwa appointed, particularly Finance minister Mthuli Ncube, who is the most tin-eared and obtuse of the lot.

Just last week, Ncube was in Davos, where he told an interviewer that the Zimbabwean government was investing in healthcare before incredulously claiming that our “health systems are strong”.

Junior doctors have been on strike for more than three months and are only beginning to troop back to work thanks to a donation from private citizens, Econet Wireless founder Strive and Tsitsi Masiyiwa’s Higher Life Foundation.

If our health systems were strong, there would never have been a strike in the first place and a fuming First Lady Auxillia Mnangagwa would not have bothered visiting NatPharm — in borrowed robes — to issue threats to the company’s executives to start dispensing drugs to hospitals.

If our health sector was any strong, our leaders would not be spending so much time seeking medication in foreign lands, while ordinary people would not be sent home to die after visiting hospitals, where there are barely any doctors and the nurses look like they wish they were elsewhere.

Ncube is the epitome of an ivory tower dweller, who finds comfort in an echo chamber and is thoroughly detached from reality.

In 2019, he spent half the year with a megaphone, parroting his so-called budget surplus, which in the end turned out to be a massive deficit.

Suddenly, he is quiet about this.

When inflation figures did not suit his ends, he jettisoned them for a year, but that did not mean the prices started going down.

Teachers are unhappy and are demanding more money, but instead of listening to them, the old-age cliche of regime change is rehashed and we are told that some union leaders are puppets of the West.

Then there are the likes of Defence and War Veterans deputy minister Victor Matemadanda, the embodiment of a hired goon, who spends half his time threatening to crush demonstrations against the government.

Our Constitution permits such demonstrations against the government, that is the very essence of the voice of the people, but Matemadanda believes that his job is to muzzle this voice, without for a second considering that it is the voice of God, at least as per Mnangagwa.

When all else fails, instead of owning up and being honest, Zimbabweans are served with copious amounts of propaganda from probably the most incompetent Information ministry in recent times.

The propaganda is crass and does not serve any purpose.

We are told daily about mega deals, a roller meal taskforce and how the energy situation will improve, but nobody is being honest about what really is going on.

Honesty goes a long way in times of crisis, listening to people’s concerns goes even further, but this lot seems to be more interested in only the sound of their own voices and are not prepared to listen to anyone else.

The country is burning and Mnangagwa and his government ought to live by the mantra that they promised us: the voice of the people is the voice of God.

This entails listening to our concerns, no matter how uncomfortable and acting on them.

Right now Zimbabwe is in a terrible position and no amount of propaganda, half truths about investments and mistruths about growth will bring it back on track.