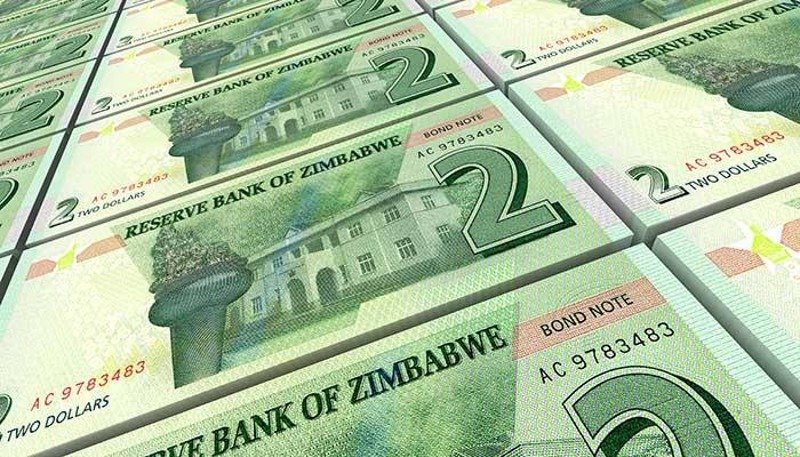 When a whole country tries to get richer by printing more money, it rarely works. Because if everyone has more money, prices go up instead. And people find they need more and more money to buy the same amount of goods.

This happened recently in Zimbabwe, in Africa, and in Venezuela, in South America, when these countries printed more money to try to make their economies grow.

As the printing presses sped up, prices rose faster, until these countries started to suffer from something called “hyperinflation”. That’s when prices rise by an amazing amount in a year.

Imagine, a sweet which cost one Zimbabwe dollar before the inflation would have cost 231m Zimbabwean dollars a year later.

This amount of paper would probably be worth more than the banknotes printed on it.

To get richer, a country has to make and sell more things — whether goods or services. This makes it safe to print more money, so that people can buy those extra things.

If a country prints more money without making more things, then prices just go up. For example, think of those special vintage Star Wars toys from the 1970s, which can be worth a lot of money.

No one is making any more of these models. So even if everyone gets more money to spend, it won’t mean that more people can afford to buy them. The sellers will just put the price up.

At the moment, there is one country that can get richer by printing more money, and that’s the United States (a country that is already very wealthy).

This is because most of the valuable things that countries around the world buy and sell to one another, including gold and oil, are priced in US dollars.

So, if the US wants to buy more things, it really can just print more dollars. Though if it printed too many, the price of those things in dollars would still go up.

Too much, too fast

Of course, poorer counties can only print their own currency, not US dollars. And if they print a lot more, their prices will go up too fast, and people will stop using that money.

Instead, people will swap goods for other goods, or ask to be paid in US dollars instead. That’s what happened in Zimbabwe and Venezuela, and many other countries that were hit by hyperinflation.

Venezuela tried to protect its people from hyperinflation by passing laws to keep a low price on things people need most, like food and medicines. But that just meant that the shops and pharmacies ran out of those things.

But it’s not true that a country can never get richer by printing money. This can happen, if it doesn’t have enough money to start with.

If there’s a shortage of money, businesses can’t sell enough, or pay all their workers. People can’t even borrow money from banks, because they don’t have enough either.

In this case, printing more money lets people spend more, which lets companies produce more, so there are more things to buy as well as more money to buy them with.

In 2008, there was the global financial crisis, when banks lost a lot of money, and couldn’t let their customers have it. Luckily, most countries have central banks, which help to run the other banks, and they printed extra money to get their economies moving again.

Too little money makes prices fall, which is bad. But printing more money, when there isn’t more production, makes prices rise, which can be just as bad. No wonder economics — the study of money, trade and business — is often called the “dismal science”.

The Conversation Curious Kids is a series for children of all ages, where The Conversation asks experts to answer questions from kids. This article was in response to a question from Clementine, age 12, London, UK: Why don’t poorer countries just print more money?