Why governance constraints are holding back young people in rural Zimbabwe 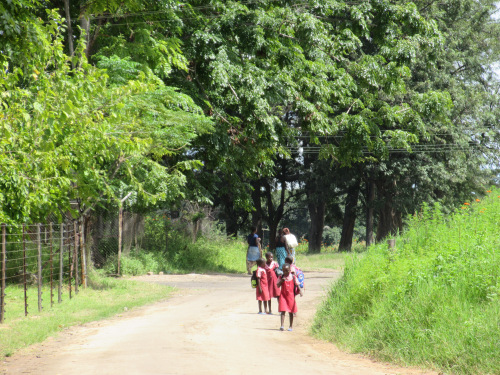 In the last blog I looked at what young people aged 16-18, studying at three schools in land reform areas in Zimbabwe, imagined they would be doing in 20 years. This blog focuses on their perceptions of constraints to getting there. Many of these constraints relate to ‘governance’.

As explained before, we used a Q sort methodology – a qual-quant approach for looking at subjective perceptions – with 61 participants, 22 female and 39 male; all Form IV students in schools in our study sites in Mvurwi, Wondedzo (near Masvingo) and Chikombedzi in the Lowveld, and coming from families with A1 plots or from families of former farmworkers resident in the same areas.

Francis Rwodzi, recently a Chevening scholar and now based at the Australian Embassy in Harare, has just completed a really excellent MA thesis at IDS at the University of Sussex, analysing this data. I was lucky enough to supervise him, and we both learned a lot from the discussions that went into the writing of the thesis (which you can read in full here). The rest of this blog summarises the findings of Francis’ work. It has important implications, which I come to at the end.

Last week’s blog explained the Q sort methodology; here I will focus on the results of the factor analysis. Four factors emerged for both male and female sorters, and these are summarised below, with the statements (see full list here) referred to by number and the ranked score (ranging from +5 to -5) following.

For male students, the following were the factors highlighted by the analysis, along with the associated narratives that Francis drew out.

For female sorters, a different set of factor narratives emerged, but with some important overlaps:

So what? How can young people’s livelihoods be improved?

Looking across these factors emerging from the sorting of statements, and the narrative analysis that followed, a number of conclusions can be drawn (see also this earlier blog, part of a series on young people, agriculture and land reform).

Standard approaches to ‘youth programming’ by NGOs, donors and governments alike tend to focus on training and capacity building for skills that are assumed to be lacking among youth for use in an economic landscape that may not exist. The optimistic picture of tech-savvy young people becoming new entrepreneurs, opening businesses along value chains and engaging in agriculture as ‘private sector’ players is often promoted.

But looking across these factor arrays, the constraints identified are not ones of skills and training potentially unleashing a new private sector dynamism; they are much more fundamental. They are about a basic lack of access to resources (including land), and structural constraints, including gross economic mismanagement and political corruption, all adding up to create deep-seated poverty and disadvantage. These are much less ‘youth’ questions, but more ones about development priorities as a whole. As Francis argues in his thesis (following many others), youth-focused projects may be missing their mark.

In the thesis Francis argues that attention to ‘governance’ is central to understanding constraints on youth’s future livelihoods. He identifies the importance of four different types of ‘governance’ as constraining young people’s imagined futures. Governance is often rather narrowly defined in relation to formal state actions, including laws, policies, regulations and so on, but in these narratives, governance needs to be framed much more widely to encompass the diversity of both formal and informal, state and non-state hybrid social and political relations that affect access to livelihood opportunities.

The four governance themes highlighted in the thesis include: ‘Governance as state provisioning, functioning and capacity’ (the more conventional approach to governance, more linked to government provisioning)., ‘Governance as leadership and political control’ (again a more conventional frame, linking to discussions of clientelism, corruption and patronage); ‘Governance as institutional arrangements for gaining access to livelihood resources’ (cross-cutting formal processes, such as land allocation regulations, and informal social relationships around access) and, finally, ‘Governance as kin, family networks and relations’ (where social relationships at the local level are seen as central to who gains what and how).

All of these repeatedly appear in the factor narratives briefly outlined above, and the latter two, focusing on informal governance arrangements at the local level, are perhaps especially evident. Yet, standard approaches to governance reform focus on the first two – making governments work better. But this is not enough, Francis argues, as governance has to encompass other relationships influencing access to livelihood resources and opportunities. This is an argument for taking ‘hybrid’ governance seriously and getting beyond the formal to look at informal social and political relations.

The thesis concludes that “youth livelihoods programming should not be a one-size fits all approach”. Indeed, in a small group exercise eight narratives emerge, differentiated by gender, and governance – broadly defined – is central to all. Therefore, “standard approaches based on training or youth empowerment through small businesses are highly constrained by governance factors”.

It’s an important conclusion, with big implications, explored further in a recent IDS Bulletin. Let’s hope this sort of analysis can be pushed further, in explorations of what next for land reform areas and helps influence programming and policy in Zimbabwe, and beyond.