Why govt, white farmers must meet

THE US$195 million award following the ruling by the World Bank Group-affiliated International Centre for Settlement of Investment Disputes (ICSID) given to the Bernhard von Pezold family, whose forestry and agro-food farm investments protected under the Bilateral Investment Promotion and Protection Agreements (Bippas) were forcibly acquired by government in 2005, is significant. 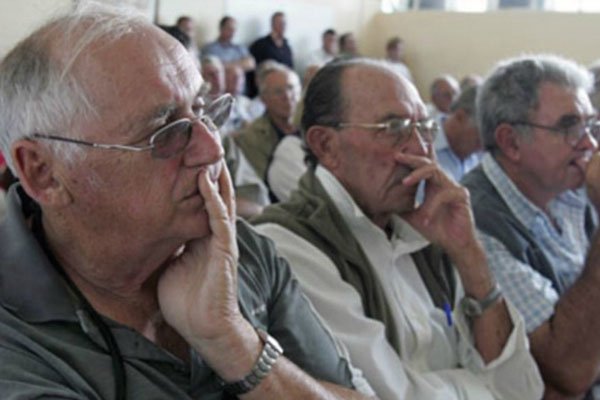 It throws down the gauntlet to the so-called Second Republic to prove to the movers and shakers of international political economy that it upholds property rights and that its claims of respecting the rule of law is beyond rhetoric. Zimbabwe’s government policy is that farms falling under Bippas are compensated for both land and improvements.

We have a bigger challenge: 4 676 non-Bippa farms are compensatable (out of a total of 5 454 farms compulsorily acquired since 2000), with the global compensation figure farmers are requesting standing at US$10 billion. I write authoritatively on this figure because I was invited by the Compensation Steering Committee (CSC), the official body tasked by affected farmers to spearhead negotiations with government on compensation, to brainstorm on a win-win compensation solution. I can further disclose that the CSC indicated that the global figure granulates as follows: US$3,5 billion for land itself and US$6,5 billion for improvements and intangibles, with the intangibles constitute US$900 million.

The affected farmers, through the CSC, are offering a compensation deal where the government literally pays nothing. There are five main reasons why I think government should seriously consider the offer.

First, the CSC will not ask government to pay the US$3,5 billion for land compensation. Instead, the CSC will engage the international community to mobilise grants for this compensation. This way, a dispute challenging the Zimbabwean constitution that clearly states that compensation for acquired non-Bippa farms shall be for improvements only is avoided.

This option does not put a discount on the fair market value of the farming businesses compulsorily “purchased” by government. This is in line with the current government’s “Zimbabwe is open for business” mantra in that internationally acceptable compensation practices and norms are upheld.

Second, the deal leverages on government’s thrust to make 99-year land leases tradable and financeable. Land is thus made a productive asset once more with an active lease market. Finance minister Mthuli Ncube has indicated that one of the key outcomes of the Transitional Stabilisation Programme is having economic growth led by the private sector, hence his desire to let private sector financiers fund farming.

Agriculture minister Perence Shiri has publicly disclosed that those who benefitted from land reform are the ones who will pay for the compensation, not government. In the deal the CSC is offering, Ncube and Shiri’s proposals converge.

There is a bigger dividend resident in 99-year leases that can creatively finance the US$6,5 billion compensation government is expected to foot; it is the use of ground leases (technical term for farm leases) as collateral to attract long-term financing to purchase the 99-year leases. In the scheme, a land bank would be set up and its seed capital coming from international and domestic financiers, with government allowed to get a paid-for stake in the bank. In this scheme, government is encouraged to go for the unsubordinated ground leases since this ensures that government does not lose land as financiers are legally restricted to foreclose on the lease (not the property) only.

With financeable ground leases meeting international banking and financing norms, the land bank can build a powerful case for a US$6,5 billion international bond with a 25-year tenure, at no more than 2% interest. The proceeds from this bond are what will be used to settle compensation claims from farmers.

Third, the CSC is offering to incubate and mentor emerging farmers. This is a big, big deal. With our government’s Vision 2030 envisaging the private sector taking the leading role in financing agriculture, a huge political problem will be created for government. Government has been through its command agriculture supporting both skilled and unskilled farmers.

Banks will only support the skilled farmers. This will defeat government’s aim of inclusive economic growth and empowering the masses through land.
Banks will do what banks do; they will require any loan applicant to demonstrate a strong track record of generating positive cash flows from past projects. Therein lies the epicentre of a potentially massive political earthquake; emerging farmers, due to lack of skill, do not have a credible cash flow generation record in their chosen farming specialties — banks will simply deny them loans for the simple reason that they fall outside acceptable risk.

The offer for mentorship and incubation will allow emerging farmers to access short to medium-term loans. Better still, the deal will be structured in such a way that farmers who get the 99-year leases will only begin making payments after five years to enable them to build technical and leadership competencies for managing their farming enterprises as profitable, cashflow-rich businesses.

Fourth, in view of government’s austerity drive and the need to avoid disputes over compensation figures, government needs to make use of the Valuation Consortium (Valcon) compensation database to validate compensation claimed.

Valcon is a group of leading private real estate firms that were contracted by the affected farmers to create a database of farm property acquired during the fast-track land reform process. It is a world-class database supported by Geographical Information Systems that has the capability of tracking and capturing changes over time on acquired properties.

Put simply, any additions and removals from any farm since 2000 can be reported with pictorial support. In other words, the database contains data that government valuators will not have because the valuation exercise by government started fairly recently. It makes a lot of economic sense for government to use the Valcon database and complement with its own valuation. This will save government several millions of dollars as the data government needs are already there. If government ignores the Valcon database, I foresee a big dispute arising over the government’s own evaluation.

Imagine if the farmers decide to take their matter to the international courts and, like the von Pezold family, get a determination in their favour; at that juncture compensation settlement processes will be beyond government’s influence, let alone interest payments that will accrue — these will grow by no less than a billion US dollars within three years. Ncube fully understands what this means. The compensation for acquired farms is a contingent liability that is still off government’s balance sheet. It is a ticking time bomb.

Fifth, over 60% of Zimbabwe’s economy to be driven by agriculture. Agriculture was the direct source of the strength of the Zimbabwe dollar at Independence (Z$0,64 to US$1 in 1980). Here are amazing facts about Zimbabwean agriculture (retrieved from the Commercial Farmers’ Union website.

According to the United Nations Food and Agricultural Yearbook of 1975 (five years before Independence), this country was ranked second in the world in the yields of maize, wheat, soya beans and groundnuts. For cotton yield, it was ranked third. When all these crops were combined, this very country ranked number in the whole world! Vision 2030 seriously needs agriculture. The CSC deal is a potentially big contributor to Vision 2030.

In light of this US$6,5 billion deal that not only promises to give a major boost to Vision 2030, save government from a potential US$6,5 billion debt and up-skill emergent farmers, Ncube and Shiri need to meet the CSC as a matter of urgency.

Chulu is a management consultant and a classic grounded theory researcher who has published research in an academic peer-reviewed international journal. — brettchuluconsultant@gmail.com