Why Matabeleland schools are lagging behind

Source: Why Matabeleland schools are lagging behind | The Standard 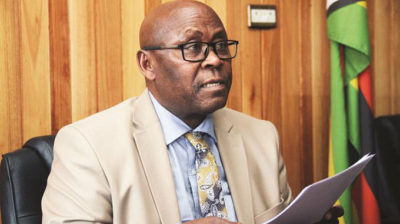 A veteran Matabeleland-based educationist, Ben Moyo, says standards of education in the region can only be restored if the government listens to  educators, and becomes sensitive to the learners’ mother tongue and culture.

Moyo (BM), who is also a lecturer at the Catholic University and Bulawayo Progressive Residents Association secretary for education, made the remarks in an interview with  our bureau chief Silas Nkala on the recently released Grade 7 results.

SN: Can you please give us your background?

BM: My name is Ben Moyo. I have been teaching since 1984. I have been a headmaster for 35 years. I have headed a government school, mission school and a private school.

SN: What are your views on the trend of an increasing number of schools in Matabeleland recording zero pass rates at Grade 7 ?

BM: The problem of Matabeleland is multifaceted. The challenge that causes the poor results in most schools in Matabeleland is the calibre of teachers produced, lack of textbooks and the textbooks which are made available that are not historically correct, and poor infrastructure.

We have Ndebele textbooks that have poor spellings because the government is involving textbook developers who do not speak Ndebele.

SN: When did this unfortunate trend start?

BM: Part of it is that since 1980, after independence, the government had what was called Zimcord (Zimbabwe Conference for Reconstruction and Development).

Matabeleland did not enjoy much of that in terms of infrastructure development  because of what was called the dissident problem and that instability caused us what I call the lost decade.

After that decade, there was donor fatigue, the government was broke and we had  the Economic Structural Adjustment Programme (ESAP) that sought to de-invest government from education.  Our problems go back from independence up to now.

SN:  Who is to blame for this and why should the blame be apportioned to the person or institution?

BM: The problem of the poor results is apportioned to the government.

We clearly saw a change during the Government of National Unity (GNU) when we had a minister who cared about education —  David Coltart, who is a lawyer.

He knew nothing about education, but he set up an education advisory board composed of teachers. He admitted that there was underfunding of education by the government. He sourced reading material for schools, now we do not have any of that.

In Matabeleland North, the bulk of teachers in primary schools do not speak Ndebele as a native language, yet international best practice is that students should be taught in the first language so that they perform better, but the government does not seem to understand that.

The current minister of Primary and Secondary Education, Cain Mathema, is also to blame.

The response of the current minister when people challenged him about teachers who do not speak local languages was to cry tribalism, but that is not tribalism. It’s international best practice that students at primary schools especially the early grades are taught in the native language and that cannot be if the teachers do not know the language.

SN:  How are teachers part of the problem?

BM: Teachers can be partly blamed in the matrix to a certain extent because they are underpaid and demotivated, hence their performance is poor.

To a larger extent, if you were to deal with demographic surveys, those teachers (at affected schools) have no commitment to those areas because they do not come from those areas.

SN: What can be done to restore education standards in Matabeleland?

BM: Parents must demand accountability from the ministry of Education.

They must demand that teachers deployed to their schools should speak the local language and they are familiar with the local culture.  I also think that the government should increase funding for teachers, for resource- teaching material, for textbooks, increase inspection and set up standards control in a proper way.

Parents must also demand that teachers, who do not perform at their schools must be removed. The ministry should respond and be accountable.

It is also the duty of parents to show commitment to the schools. Ex-students should support schools and those in the diaspora should adopt some schools for development and progress.

It is the time for Matabeleland to put aside our differences, focus on education, forget about our political differences, put pressure on the business community, ex-students and teachers.

Let us work towards our infrastructure whether we are in the diaspora or local.

Let’s ensure that schools in rural areas have access to the internet.

The problem that we have is that urban schools have access to the internet and not all of them, some schools have a headstart while others have nothing, yet schools are examined on the same curriculum and others are at an advantage than others in terms of resources.

Also the solution is that students who have failed a grade must not be pushed forward like that as automatic promotion is a recipe for failure onwards.

Students who have failed must be made to repeat so as to improve the quality of education. If you do not lay a good foundation for a learner at primary education, the student is lost forever.

Teachers taking early childhood students and infant learners must be well versed with their first language and their culture.

But the government is insensitive to this requirement and the performance of learners will continue to be poor unless the government changes its approach and addresses the unique concerns of Matabeleland.

It is also the duty of the government to improve infrastructure, working conditions of teachers, change the deployment policy, examine the curriculum to ensure that it does not alienate people from other regions, and parents should play a big role to improve the environment at schools.