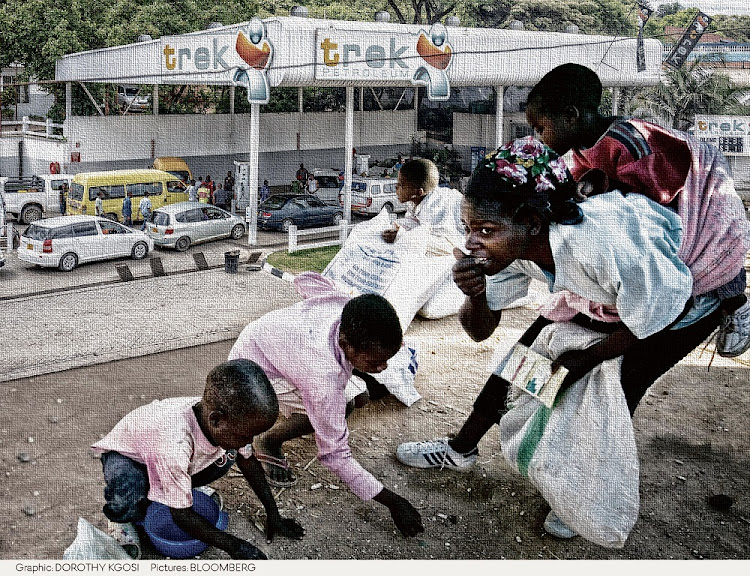 The unprecedented rioting that has shaken Zimbabwe over the past week is a manifestation of the utter hopelessness that has taken hold of the nation. People no longer believe their government is capable of solving the enormous economic challenges that face them. They see instead an arrogant kleptocracy amassing and flaunting wealth in the face of the grinding poverty most citizens have endured for more than two decades.

The euphoria over the deposing of long-time dictator Robert Mugabe in November 2017 soon evaporated and has now been replaced by anger, particularly on the part of the millions of unemployed youths.

When Emmerson Mnangagwa was sworn in as president after the 2017 smart coup, he announced he would be a “listening president”. His actions since then have shown without a doubt that this was a sham. In a serious case of misjudgment, he announced a 150% increase in the price of petrol from $1.24 to $3.31 per litre on the eve of his departure for Asia and Europe on January 13. According to BBC World, this makes it the world’s most expensive petrol.

The fuel increase was his response to the lengthy queues that have become the norm in Zimbabwe since September 2018 due to a lack of supply of US dollars. Teachers, doctors and government workers have been negotiating not only for salary increases but also to be paid in dollars, which trade at 3.5 to one against the local bond note on the black market.

He should have learnt from the mistakes of others. In late 2018 there was unprecedented street violence in France and Sudan as a result of fuel price increases far lower than Mnangagwa’s. Coming on top of decades of poor policies, economic mismanagement and rampant corruption at the heart of government, the swingeing fuel increase was the final straw. Zimbabwe’s economy is now largely informal and transport is its lifeblood.

The government has been unable to provide clarity on how to get us out of the economic quagmire. Decisions are made arbitrarily, without consultation with key players or the citizens despite Mnangagwa’s oft-repeated claims to be a listening president. People blame the dire economic situation on the recent monetary policies — such as the 2% levy on all electronic transactions — on top of VAT. In a country where cash is scarce, most transactions are done by smartphone or card. For those at the bottom of the food chain in particular eco-cash is the norm.

Everybody lacks confidence in the government’s ability to manage the economy. Reckless borrowing begun during the Mugabe area continues unabated. Zimbabwe’s debt with the Bretton Woods institutions has not been serviced for decades. Nobody’s money is safe — not even in the banks. There have been cases of individuals being caught with huge sums of US dollars in their homes. Even Mugabe is reported to have been robbed recently of $150,000 that was in a briefcase at his rural home. Millions of dollars have been illegally syphoned out of the country in the past year. A media report late in 2018 named Zimbabweans as the largest single group of purchasers of homes in the R2m-R3m bracket in SA.

Compounding the fuel issue is that it is imported by oligarchs aligned to the governing  Zanu-PF and the military, who flaunt their wealth unashamedly. With the recent price increase they stand to make eye-watering profits, while hospitals have no aspirin, doctors have no gloves, schools have no books and the shops are filled with goods most people cannot afford to buy.

Government ministers were given new luxury vehicles in 2018 and in December parliamentarians refused to pass the new budget until they had been given assurances by the finance minister that they too would get brand-new 4×4 luxury vehicles. They also demanded three-course meals when parliament is sitting as well as a gym in parliament and membership of golf clubs. Even the opposition MPs lent their support to these outrageous demands. Little wonder then that Zimbabweans no longer have any faith in the political classes to serve their interests or improve their lives. There seems to be nowhere else to turn.

Mnangagwa stated that the fuel price increase would end the lengthy queues that have been making the lives of Zimbabweans a misery — even on Christmas Day. However this has not been the case. The energy minister claims fuel storage tanks are full and blames the recent stay-away for the failure by delivery trucks to resupply service stations. He further claims petrol in those tanks belongs to international fuel companies that are demanding payment in dollars before they will release the fuel. Meanwhile, Zimbabweans continue to queue.

The knock-on effort of the price increase does not bear thinking about. A currency inflation expert and professor of economics at Johns Hopkins University in the US, Steve Hanke, puts Zimbabwe’s annual inflation rate measured today at 234.1 %. “This soaring number spells doom for Zimbabwe.”

Zimbabweans remember only too painfully the hyperinflation era of 2008. Doctors are on strike, teachers are threatening to strike. Nobody went to work last week.

Adding fuel to this fire, the president hires a private plane from Europe whenever he travels abroad. The local media have been awash with varying figures of how much this costs — $25m was the latest estimate of his current trip to Russia, Azerbaijan and, originally, Switzerland aboard a luxurious 787 Dreamliner. Mnangagwa was supposed to head to the World Economic Forum in Davos, Switzerland this week, but headed home instead.

If he had gone to Davos, it would be hard to comprehend what he would have stood up and told the other leaders, as his country burned, thousands languished in overcrowded jails accused of public violence, and the death toll from shootings and beatings by police and the army is impossible to substantiate. Even human rights nongovernmental organisations are unable to provide an accurate tally, as many who were shot are suffering in silence at home because several of those who have gone to hospital have been arrested.

Zimbabweans have always been accused of being risk-averse. They have put up with all sorts of nonsense from successive Zanu-PF governments. But now they really have nothing to lose. SA and other neighbouring states should brace themselves for a new wave of economic migrants — legal and illegal.

• Mbanga is editor of The Zimbabwean.