Whilst ruling elite over-glorified for sitting pretty in Mozambique and Zambia. 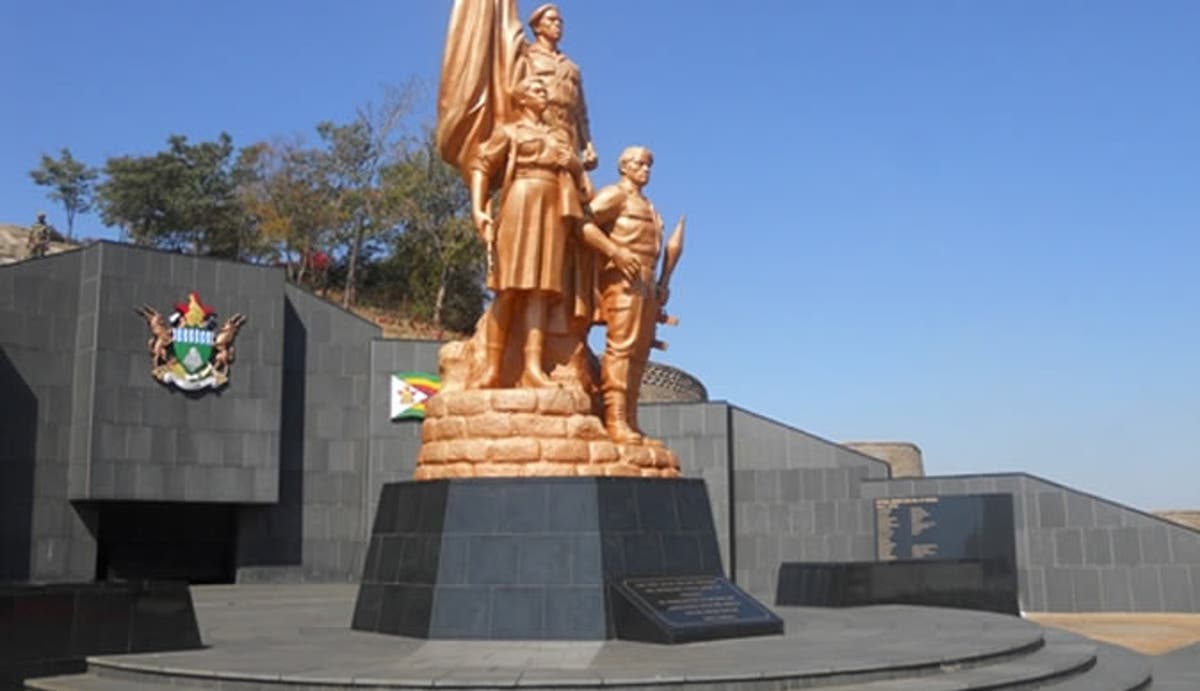 If ever there was anyone still harbouring inexplicable and incomprehensible doubts regarding the grossly opportunistic, selfish, and self-conceited dark cloud hanging over Zimbabwe’s ruling elite, one needs to simply listen to the ever-nauseating self-congratulatory platitudes of self-importance, especially as they disingenuously tout their so-called ‘immense contribution and sacrifice to the country’s liberation’.

However, in the midst of all this sickening arrogance and self-righteousness, the tired and weary listener may just detect one missing aspect – which memorable battles did these ‘leaders’ actually engage in throughout their so-called ‘sacrificial liberation struggle road’?

Is it not always extremely superficial whenever those occupying the country’s highest offices are being introduced – usually, at some rally or meeting – and, either a pitiful hero-worshipping individual or cowardly helpless victim, embarrassingly burdened with this task, rambles on and on over how our so-called ‘leaders’ joined the struggle in such and such year, trained in this or that country, attained a degree here and another there – yet, there is hardly any mention of the battles that they were actually involved in.

As Zimbabweans, we then need to ask, “Just exactly, who are our true liberation struggle heroes, and what were those ruling over us – who can never shut up about how they fought for us – doing?”

The country’s liberation struggle, from the clutches of colonial rule, was complex, but relatively comprehensible.

To begin with, indeed, no one can deny that, as with every war, there is need for leaders – who may not necessarily be involved at the front – but, to over-glorify these people’s impact, as if it superseded everyone else’s, is the height of all deception, ingratitude, and heartlessness.

Yes, the role of a leader is important, as a strategist – nonetheless, those who bore the brunt of the struggle deserve all the glorification and praise, since these are the men, women, boys, and girls, who actually fought for this country.

Whilst, our so-called ‘leaders’ were living pretty in such countries as Mozambique and Zambia – which offered us rear bases, training and refugee camps – where, they attained university degrees, lived with their families, and could even afford to be smashed with alcohol – as the late retired Air Force of Zimbabwe commander Perrence Shiri, once inadvertently confessed that, when he was transporting to the Mozambique-Zimbabwe border (as could not even cross into the country they were fighting for) those assigned to attack fuel tanks in the then Salisbury, he missed an important route, as he had been stone drunk.

Is it then, not highly incongruous for those who would rather remain in a relatively safe place – possibly in the comfortable presence of their families, even attaining university degrees, and getting sloshed – would be the ones epitomized and immortalized as the heroes of our country’s liberation struggle?

What happens to the men, women, boys, and girls who actually went to face the ‘enemy’ – in the process losing life and limb, and most traumatized by the gruesome experience for the rest of their lives, whilst never seeing their loved one, sacrificed their education, and miraculously survived without any adequate food?

Who is to remember and accord appropriate recognition – not the farcical half-hearted nonsense, which is usually dolled out around the heroes and independence holidays – the largely rural villagers, who provided the chimbwido, mujibha, and those gogo and sekuru, whose livestock and crops were used to feed the combatants…most of whom suffering untold torture, and some butchered, by Rhodesian forces for these gallant acts?

Will these brave men, women, girls, and boys – who truly gave their everything for Zimbabwe – forever only be remembered as some ‘statue of the unknown soldier’, never to be bestowed on them the honour they truly deserve?

Personally, I hold in higher regard those who did the actual fighting and struggling, as well as endured all the precariousness and peril of this vicious and merciless war – than those who would rather be safely tucked away somewhere in Mozambique ad Zambia, in relative safety, security, and comfort.

As a matter of fact, I would be greatly humbled, should I be accorded the honour and privilege to introduce, or provide a tribute, to any combatant who suffered the brunt of the struggle, or that gogo who was savagely beaten up for feeding guerillas – than the humiliation of standing on a podium, with all my self-respect stripped bare, as I sang the ridiculous praise of some ‘leader’, touting them as being a ‘modern day Mbuya Nehanda’ – yet, actually doing very little for the independence, welfare, and wellbeing of the people of Zimbabwe, but has, in fact, become the people’s worst nightmare.