Women dismissed for getting pregnant reinstated by Ghana fire service 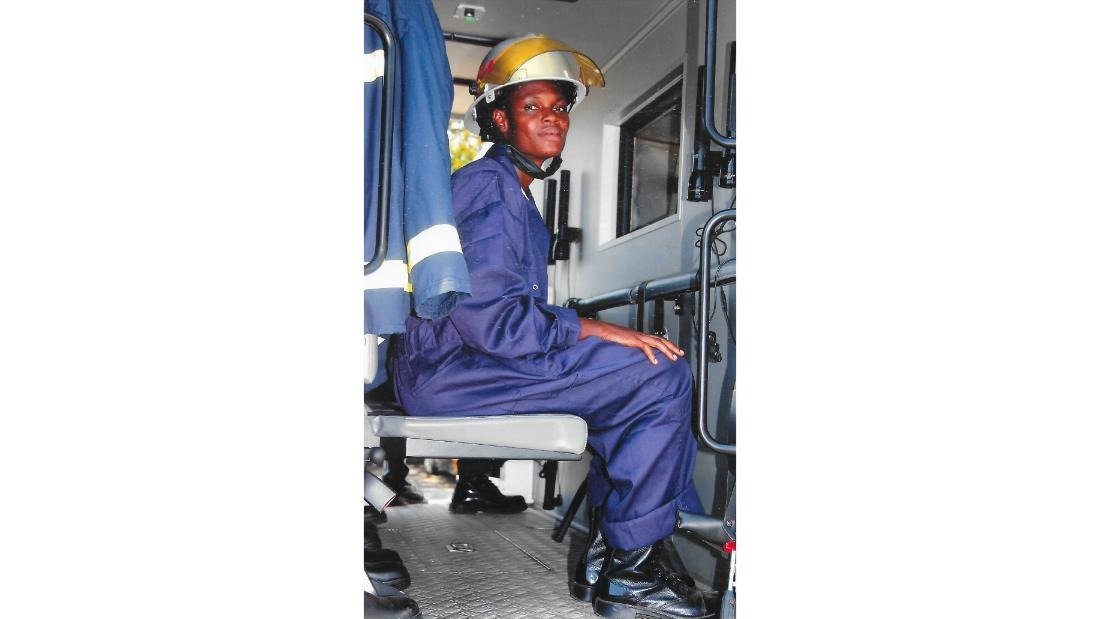 Accra, Ghana — Two female firefighters, who were dismissed from their jobs for being pregnant, have been reinstated by the Ghana National Fire Service (GNFS).

A lawyer for the women told CNN that the decision was a victory for the rule of law and human rights in the West African country.

Their reinstatement on Monday comes a month after CNN reported on their case.

Thelma Hammond and Grace Fosu were fired in June 2013 and September 2014, respectively, after violating a decades-old rule prohibiting women firefighters from becoming pregnant within their first three years of employment.

In October 2017, the two women sued the fire service in what would become Ghana’s first successful gender discrimination court case.In the Human Rights Division of the Accra
High Court, lawyers for the fire service argued that vigorous training during the first three years of employment may “adversely affect the fetus and the would-be mothers.” But their reasoning didn’t stand up.

In April 2018, after less than a year of court proceedings, Justice Anthony Yeboah declared the regulation, instituted in 1963, was “discriminatory in effect, unjustifiable, illegitimate and illegal.”

In his ruling, Yeboah said the dismissal of Fosu and Hammond was “[an] unwarranted, institutional onslaught on their fundamental human rights — right to work and freedom from discrimination.”

The judge asserted that women were “entitled to the right to choose when to become pregnant” and ordered Fosu and Hammond’s reinstatement, the payment of all salaries and
bonuses lost due to their dismissal, and compensation of around $9,000 to each of the women “for the trauma and inevitable inconvenience of the wrongful dismissal.”

But, despite the initial court ruling last year and an unsuccessful appeal in January, the fire service still had not reinstated the women or compensated them until now.

“The court says we should reinstate them so we are only implementing what the court has said … We have come to a gentleman’s agreement between the two parties and it has been understood,” GNFS spokesman Ellis Okoe told CNN.

It is unclear how many women were previously affected by the regulation, which has since been scrapped by the fire service.

Okoe said the period prohibiting pregnancy has been reduced from three years to one — the first six months of training and six months of probation — to “reflect the changes of the time.”

Joseph Whittal, the head of Ghana’s Commission on Human Rights and Administrative Justice, which provided free legal services to Fosu and Hammond, confirmed that the commission had been contacted to arrange the payment of compensation as ordered by the court.