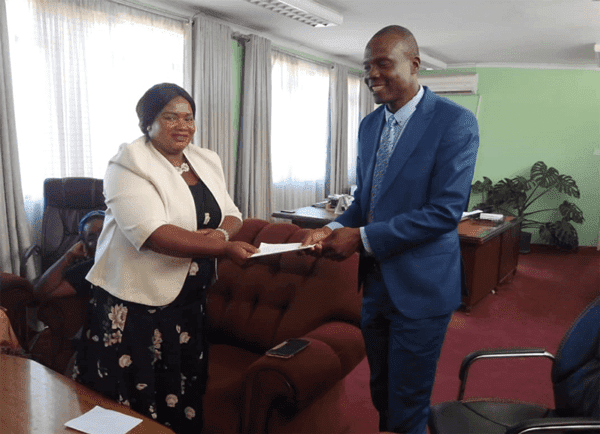 WOMEN Coalition of Zimbabwe (WCoZ) Midlands Chapter has given Gweru City Council 14 days to explain the source of funding for former town clerk, Daniel Matawu’s exit package as well as resolve the city’s water crisis, failure which they would take to the streets and also approach government for intervention.

In a letter addressed to mayor, Josiah Makombe, dated July 9, WCoZ accused the local authority of failing to act on its previous petitions on the two issues.

“We sent a petition to your office regarding the source of the funding for the golden handshake for former town clerk, Daniel Matawu and we also petitioned your office over erratic water provision in Gweru,” WCoZ wrote.

“Numerous efforts have been made by our office to get responses to our petitions, but none have been forthcoming. Despite our efforts you have failed or refused to demonstrate any commitment to address our plight.

“As we speak, some areas like Mkoba 1, 2, 19, Ridgemont and Adelaide Park, as well as Senga, have gone for the past four weeks without water and this has placed us at risk of contracting water-borne diseases like typhoid and cholera. Due to this crisis, we are compelled to give your office 14 days (notice), to take action to address our grievances,” reads the petition.

The women’s organisation said if the local authority fails to act on its grievances in two weeks’ time they would pursue the issues “(through) a different forum”.

“We are prepared to approach for intervention, the Parliamentary Portfolio Committee on Local Government, Public Works and National Housing,” said WCoZ.

Alice Maqata, the WCoZ Midlands Chapter chairperson confirmed to Southern Eye the development, also saying young girls are being harassed by marshals at alternative water points. She highlighted that women were losing productive time searching for water because some suburbs have gone for four weeks without the
commodity.

“We have given council 14 days to address the water situation and to respond to the petition we gave them last year, where we wanted to know how council will
fund the former town clerk’s ZW$400 000 golden handshake,” she said.

“We are coming from a background where we know that council owes around ZW$30 million to Zesa alone. Residents owe council a staggering ZW$62 million. Over and
above that, council is saying it needs ZW$6 million to refurbish the city’s water infrastructure. Our women and girls are spending an average of seven hours a
day in search of water. This takes away their productive time and exposes them to all forms of abuse at (water) points, where marshals are demanding favours in
cash or kind for them to jump queues. We now want action, we have had enough.”

Makombe said he sympathised with the women, but indicated council will not be able to meet their deadline.

“I feel their issue is genuine. As women they are the most affected when there is no water. However, our failure to provide water regularly is not by choice.

Our situation is very critical, but we are trying our best. We have engaged government and the corporate world for required funding to fix the crisis.”