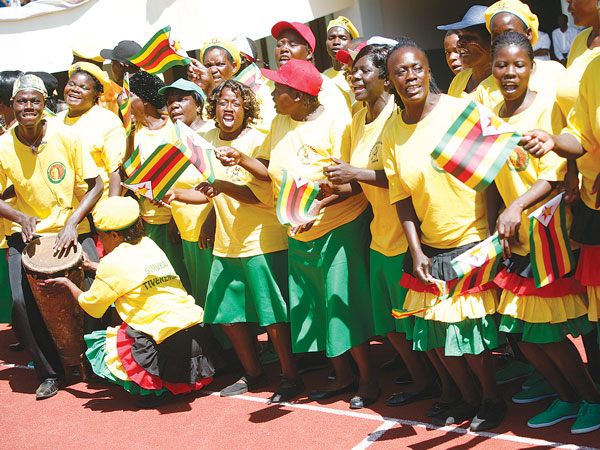 BY KENNETH NYANGANI/BLESSED MHLANGA
JOSTLING for posts has begun ahead of the Zanu PF Women’s League elective congress set for June with some aspiring candidates already campaigning.

The party set May 15 as the deadline for submission of curriculum vitaes by candidates, while the Womens’ League elective congress has been set for June 23 to 26 in Harare under the theme: Total Political, Social and Economic Empowerment for Every Woman by 2030.

The Zanu PF main wing will also hold its national congress this year.

Secretary of the Zanu PF Womens’ League Mabel Chinomona yesterday said: “Aspiring candidates are required to submit their CVs to their respective provinces by May 15, the commissariat department will deploy teams led by central committee members to collect the CVs and submit them to party headquarters on May 16.”

The party has also set conditions for people to be considered for the Womens’ League national executive posts. These include being a fully paid-up member who has served the party for at least five years.

President Emmerson Mnangagwa is expected to be elected uncontested at the Zanu PF congress after the youth league last week  endorsed him as the party’s sole presidential candidate for the 2023 general elections.