Workers must go beyond  pleading for pay rise 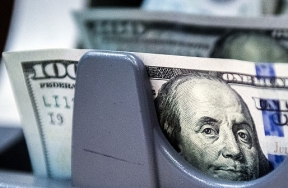 (c) CALLS by government workers for another pay rise barely a month after
their salaries were reviewed upwards is indicative of the challenges
confronting the local labour force which they should reflect on as they
commemorate the imminent International Workers’ Day, also known as
Workers’ Day or Labour Day.

Given the suffering of the workers, this year’s Labour Day, which under
normal circumstances is an appropriate time to pay tribute to workers’
contributions to national development, is being commemorated amidst gloomy
circumstances. Prices of basic commodities have been skyrocketing since
September last year when Finance minister Mthuli Ncube introduced the
unpopular two percent tax on electronic transactions.

The rise in fuel prices against the backdrop of rising inflation, which
skyrocketed from 59,39 percent in February to 66,8 percent last month, has
also left both employees and their employers in a very untenable
situation.

Workers may agitate for another pay rise given the erosion of their recent
salary gains but the situation on the ground now demands more than a mere
pay rise. The economy needs an urgent injection of funds from
international partners to stem the tide towards full-blown recession.
Sadly, as things stand, western countries in particular, are unwilling to
bail us out due to our toxic politics.

Internationally-acclaimed local economist Tony Hawkins believes the
ultimate solution to Zimbabwe’s problems is political. He is convinced the
building of consensus between the ruling Zanu PF and the MDC will
encourage the international community to assist us and to invest in our
struggling economy.

Not surprisingly, this incident has been used by some of the country’s
detractors as proof of lack of property rights protection in Zimbabwe.
Given the foregoing, Zimbabwean workers must change their game plan
forthwith.

It is no longer enough to call for a pay rise, they should now use their
collective power to prod the country’s main political players to forge
some sort of working alliance that will enable Zimbabwe to regain the
goodwill of the international community.

Workers must use the forthcoming International Workers’ Day celebrations
to push for urgent dialogue between the country’s main political parties.