Young farmers were yesterday honoured for their hard work during the year despite the myriad of challenges facing the country.

The excelling young farmers some of whom were as young as 17 years, yesterday went away with cash prizes while others will have holiday trips to different destinations.

The 7th edition of the National Young Champion Farmer Awards were organised by the Federation of Young Farmers Clubs of Zimbabwe.

Some of the excelling youths included Ms Audrippa Zishiri who had 120 hectares tobacco, 100 hectares maize and wheat and is now venturing into citrus production. 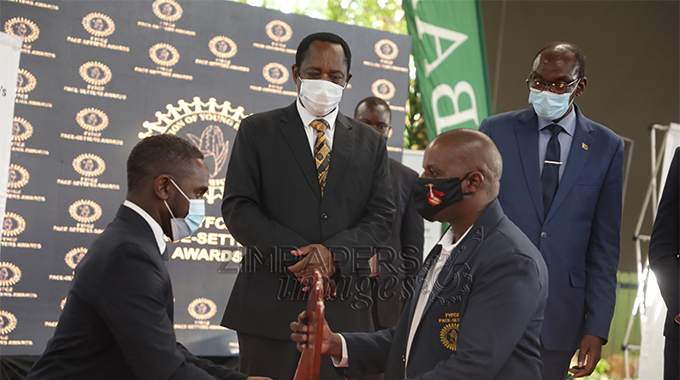 Officiating at the ceremony at the Robbie Mupawose Hall at the Exhibition Park, Vice President Kembo Mohadi said the awards would motivate and inspire winning farmers to continue seeking excellent ways of farming to be the best for successive awards. He said this would result in enhanced agricultural production.

Government had prioritised agricultural production and its value chain as the mainstay of the national development strategy and this was in line with the vision of achieving an upper middle income economy by year 2030.

“At SADC level, such prioritisation of agriculture is in line with the industrialisation strategy and roadmap that seeks to engender a major economic and technological transformation for the region.

“It is against this background that the Zimbabwe 2021 National budget is targeting to increase agricultural output to US$8,2 billion by year 2025.

“This is in line with the strategic focus areas by the Second Republic that of innovativeness and competitiveness to enhance production, productivity and profitability” he said. 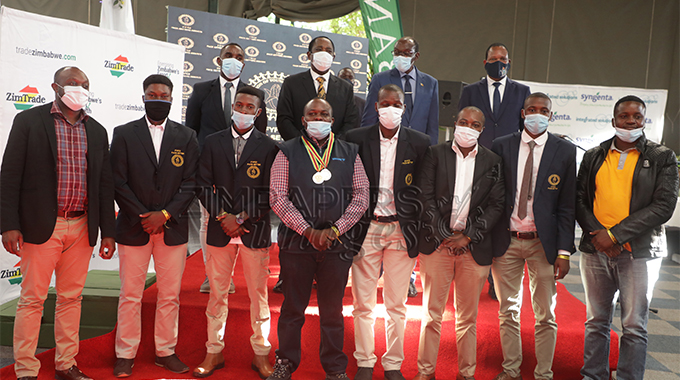 He applauded inter-governmental organisations such as the Food and Agriculture Organisation and International Fund for Agricultural Development (IFAD) for investing in youth in agriculture and urged the young farmers to take advantage of the opportunity and deliver.

In 2019, President Mnangagwa directed that all ministries establish youth desks and VP Mohadi applauded the move, which he said would assist in funding young farmers.

“As contained in the NDS1, a well-functioning agriculture knowledge, technology and innovation system, anchored on inculcating the requisite agronomic and animal husbandry practices, represent the future of farming particularly in the wake of climate change and other disasters such as the Covid-19,” he said.

“We want to retain our status as the bread basket of Africa and through the opportunities brought by the Second Republic, young farmers have the opportunity that will enable us to contribute to food security in line with the Agriculture and Food Systems Transformation Strategy, which seeks to achieve a US $8,2 billion agricultural economy by 2025.

Ms Zishiri said she was overwhelmed by the awards and was ready to continue learning to boost production.