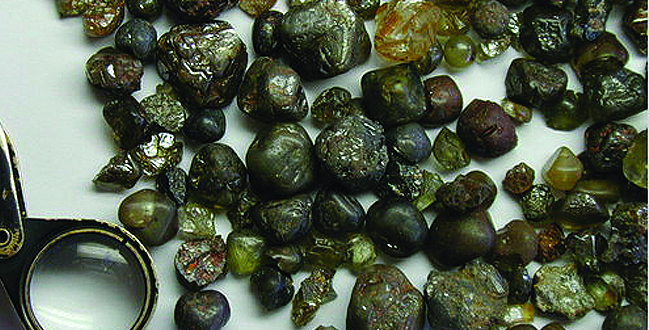 The five, who are represented by Mutare lawyers Chris Ndlovu and Farai Matinhure, appeared before magistrate Prisca Manhibi facing charges of possession of articles for criminal use.
Nhamo, a diamond picker at Anjin, and Pungurume face an additional charge of money-laundering.

Wilstine, Boye and Kane were remanded in custody to today as the State sought the services of a Portuguese interpreter.

Nhamo was granted US$25 000 bail and ordered to continue residing at his given address, surrender his passport and not interfere with witnesses.

The three foreigners were nabbed after the Zimbabwe Anti-Corruption Commission (Zacc) raided a house in Greenside, Mutare, after being tipped off that they were stealing diamonds from Anjin Diamond Mine in Chiadzwa and selling the precious stone on the black market.

On August 7, Zacc allegedly received a tip-off that Pungurume was conducting illegal diamond mining in Chiadzwa and arrested him at a police roadblock in Wengezi, leading to the recovery of two small diamond scales, four expired access permits into Chiadzwa diamond fields, US$15 000 and $6 255.

In Nhamo’s money-laundering charge, it is the State’s case that between March and August 2020, the accused took advantage of his position as a diamond picker and joined the syndicate and allegedly diverted diamonds from Anjin Investments to the black market for personal gain.

The State alleges that Nhamo went on to buy three vehicles and some immovable properties in Mutare.

Thinking outside the Box