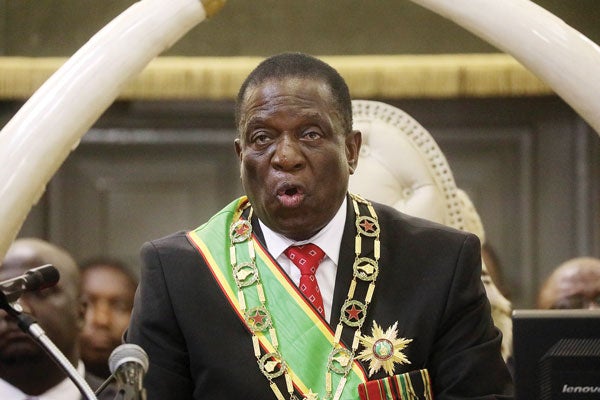 THE commission of inquiry into the sale of State land in and around urban areas has unearthed massive fraud and theft of State land valued at US$3 billion by top politicians and individuals in Zanu PF in connivance with corrupt local government officials.

A report presented to President Emmerson Mnangagwa yesterday by chairperson of the commission, Justice Tendai Uchena, indicated that State land was expropriated by home
seekers, war veterans, housing co-operatives, while Zanu PF aspiring and sitting legislators created new or parallel undesignated urban settlements on their own.

“The identification and occupation of State land in urban centres (include) complex issues that involved farm invasions, abuse of political offices in allocation and use of top political figures of the ruling party leadership to exert undue influence on government institutions,” Justice Uchena said.

The commission investigated the sale of State land in all 10 provinces and discovered that there were 156 cases of State land theft in Harare province, Mashonaland West and East (195 cases combined), Midlands (27) and Masvingo (22), among others.

The probe team established that sale of urban State land, planning and development took place on 91 farms which were acquired by the Lands ministry and handed over for urban development to its Local Government counterpart.

“People on the farms, urban State units or settlements are living without basic human and urban necessities such as access to potable water, sewer and access roads. We further established that in some cases where development is taking place, it is being done without approved engineering designs for roads, water and sewage reticulation,” Justice Uchena said.

The report said housing developments occurred on unplanned areas such as wetlands, under power lines, on top of sewage pipes, sites designated for institutions, commercial use or recreational purposes.

The commission recommended that the police must investigate all officers, past and present involved or connected with the management of urban State land allocation, planning and allocation of commonage creation and transfer of title deeds.

The commission singled out Makoni district in Rusape, where an individual allocated vast tracts of land on Zimati Cop Farm and Rockstone Farm, which is State land, to Maungwa Properties, owned by one family because of his political affiliation.

The commission also recommended that the government introduces specialised courts to deal with land disputes, adding that failure to confront these challenges would pose a threat to society, including outbreak of diseases, a dissatisfied population and poor performance of the economy.

Mnangagwa, who was flanked by his two deputies — Constantino Chiwenga and Kembo Mohadi, said the government would interrogate the report and make sure that the allegations and issues that arose from the investigations would be corrected.

“The government will seriously interrogate the challenges and allegations raised in this report.

Where there is a need, prosecutions will be referred to the responsible ministry. Our people must not live without basic necessities. The officials must also stop abusing State land. All documentations of bogus co-operatives must be scrutinised and bring the perpetrators to book,” Mnangagwa said.

Justice permanent secretary Virginia Mabiza is the secretary of the commission.