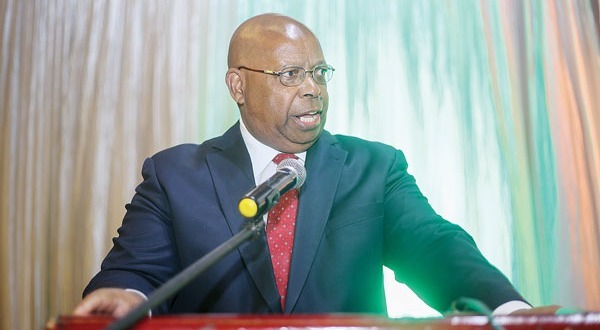 CIVIC society organisations have confronted Speaker of the National Assembly Jacob Mudenda over Parliament’s submissive role to Zanu PF, a situation they claimed was stalling development in Matabeleland region.

The allegations came up during Mudenda’s meeting with civic society organisations in Bulawayo during his nationwide tour to educate citizens about the role and operations of the Legislature.

Gwanda resident Bekezela Maduma Fuzwayo said Zanu PF had a lot of influence on parliamentary business, blaming it on the alleged marginalisation of Matabeleland as a region.

He alleged that most developmental projects were spearheaded by parliamentary committees led by Zanu PF.

“We do not see how Parliament is performing its role of oversight. There are many reports that get into Parliament and no actual outcome is seen. It seems the ruling party has more power over Parliament,” Fuzwayo said.

“Government leaves many projects unfinished. For example, in Gwanda, we have a court that has not been completed for 15 years now. The road from Gwanda to Maphisa has also not been finished for so many years.”

He said in 2018, they had to chase away a Parliamentary Portfolio Committee for not taking the people’s views to Parliament after public consultations.

“There is nothing like that in parliamentary committees. They are composed of MPs from across the political affiliations represented in Parliament. The chairmanship is shared by the Standing Rules and Order Committee which is the executive of Parliament,” Mudenda said.

“The opposition MDC chairs seven committees, including one of the most important committees on Public Accounts, which must always be handled by members of the opposition in most jurisdictions throughout the world.”

Mudenda said that was the reason why the MDC Alliance MP, Tendai Biti was the chairman of the Public Accounts Committee (PAC).

“Some of the reports that have been published on our website by Biti are very scathing in their oversight response on how the government is operating in terms of the use of public funds,” Mudenda said, adding that PAC worked with the Auditor-General’s Office to expose misuse of funds.

“The reports and recommendations have been taken on board, for example, the Nssa forensic report has resulted in the arrest of several high-ranking officials at the National Social Security Authority.”

Mudenda said the Parliamentary Portfolio Committee on Energy’s report had led to the arrest of the former Energy minister (Samuel Undenge) who is currently languishing in jail.

He said reports by the Committee on Health had also exposed corruption at the National Pharmaceutical Company.