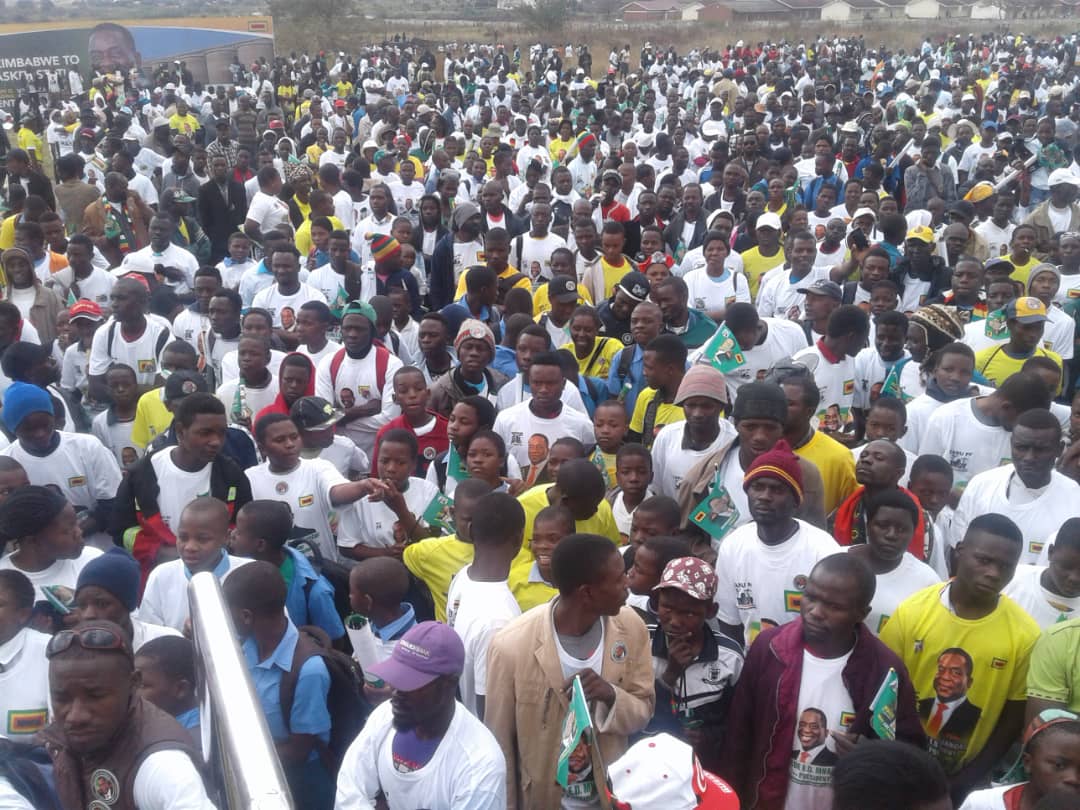 THE ruling Zanu PF party is reportedly forcing villagers to attend its meetings, as political tensions in the country rise ahead of the March 26 by-elections.

The report points at Zanu PF as the leading perpetrator of violence in communities throughout the country.

The ruling party allegedly perpetrated 27% of cases of political violence that were recorded in January, while the opposition MDC-T led by Douglas Mwonzora was said to account for 1,03 % of the cases recorded.

Mwonzora has since claimed the MDC Alliance name.

“In January, Zanu PF local leaders forced villagers to attend the party’s meetings ahead of primary elections to select Zanu PF candidates to contest in the March 26 by-elections,” ZPP said.

“Zanu PF ward and district leaders used the same methods of harassment, intimidation and assault. The party has for long abused its influence in government to manipulate aid distribution processes to deny aid to deserving beneficiaries who do not support it.

“As the party drew towards the primary elections, it held several meetings in the respective wards and constituencies to mobilise those who were to choose the party’s candidates for the March 26 by-elections.”

ZPP also said the ruling party was using government inputs to garner support, while opposition supporters were being denied the inputs.

On January 20, another Zanu PF official Reny Manyara, a ward chairperson in Mhondoro, allegedly forced villagers to attend a rally at Mubaira Growth Point  and parcelled out fertilizer from the government input scheme as “appreciation for their coming” before asking for their votes in return.

“Zanu PF once again used its coercive methods to mobilise people, and during the meetings, officials threatened attendees, especially in rural areas, that if they failed to vote for Zanu PF, they would be removed from social welfare and agricultural input lists of beneficiaries,” ZPP said.

Zanu PF spokesperson Christopher Mutsvangwa said he was not aware of cases of violence mentioned by ZPP.

“The police are there. ZPP should go and report to the police. ZPP is just pining to be in the news as persecutors of Zanu PF,” Mutsvangwa said.

Meanwhile, ZPP implored the Zimbabwe Electoral Commission to strengthen its multi-party liaison committee to make it inclusive and capacitate it to deal with cases of political violence during election time.