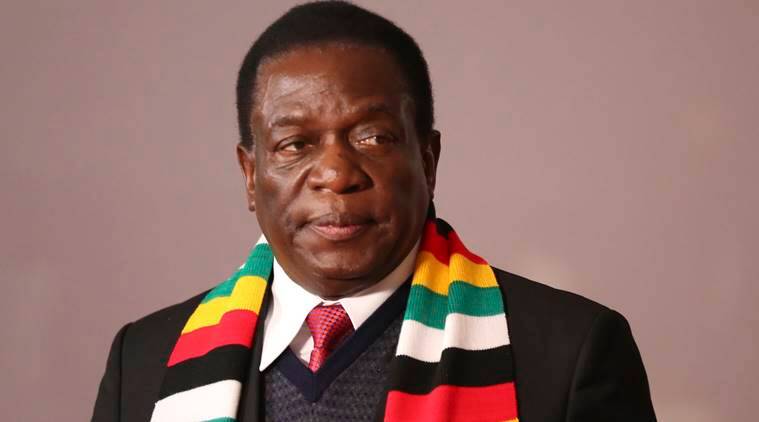 BY MIRIAM MANGWAYA
ZIMBABWE’S worsening economic situation has reportedly ratcheted pressure on President Emmerson Mnangagwa from within his ruling Zanu PF party to find quick solutions as the country heads into the election season.

The spectre of the grim 2008 era defined by hyperinflation is looming large in the southern African country after the year-on-year inflation shot up to 191,7% in June from 131,7% in May according to the latest official figures.

A panicked Mnangagwa promised on Friday to announce fresh “concrete measures to tame inflation, and unwarranted increases towards securing the incomes and savings of our people, especially women”.

Mnangagwa appears stumped, unable to deal with the rampaging inflation or halt the slide of the local currency against the United States dollar.

Finance minister Mthuli Ncube is likely to announce the measures at a Press conference this morning.

Party organs are reportedly increasingly becoming restless, worried that the economic meltdown could cost the ruling party dearly in elections expected next year.

There are also strong indications that the Cabinet is sharply divided over how to deal with the situation, with some ministers calling for dollarisation, while others are advocating for the status quo to stay.

Big wigs in the party are also reportedly piling pressure on Mnangagwa to reshuffle the Cabinet and fire some ministers they accuse of sabotaging his vision of a middle class population by 2030, insiders said.

The Zanu PF women’s league on Friday implored Mnangagwa to put in place stringent measures to stem corruption that now infests his cronies, which has emerged as the major force bleeding the economy.

“My President, we want you to introduce stiffer penalties against perpetrators of corruption by even cutting one finger, if not two,” women’s league secretary Mabel Chinomona said at the conference.

At a Press conference recently, Zanu PF youth national secretary for administration Tendai Chiwetu said he was aware of ministers and legislators who were working against Mnangagwa.

“We have people who seem to like President Mnangagwa, but they don’t like him. We are going to make sure that they don’t retain as central committee members as we approach the elections,” Chiwetu said.

Mnangagwa has previously attacked “saboteurs” for the economic malaise.

Last month, he announced a raft of measures aimed at controlling the spiralling inflation, which included a ban on bank lending, but the measures boomeranged and forced government to backtrack.

Economists attributed the current economic mess to poor monetary policies and fiscal policy failure, insisting that dollarisation was the only way to forward.

“There is no room for other economic measures to rescue the economy other than dollarisation. Owing to this ever rising inflation, the minister (Ncube) may need a supplementary budget, but with what currency? Is he prepared to use the local currency, we will have a $2 trillion dollar budget because naturally, if you look at what has been happening, the official exchange rate has tripled from December last year yet the budget did not take into account of that,” economist Gift Mugano said.

“Expectation was that by the end of the year, the official exchange rate would be around 200, but now it’s already 350. As we get to December, the rate would be above 500.

“So government is in no capacity to put any measure to tame inflation other than dollarising. It’s a raging fire. Economic agents are restless. Whatever is happening in the economy is self-fulfilling.”

“The economic fundamentals that are prevailing cannot be addressed by political gimmicks. He has to make sure that he implements genuine political reforms. There are outstanding key political issues that are threatening to tear this economy apart,” he said.