Zanu PF knives out for Mudenda 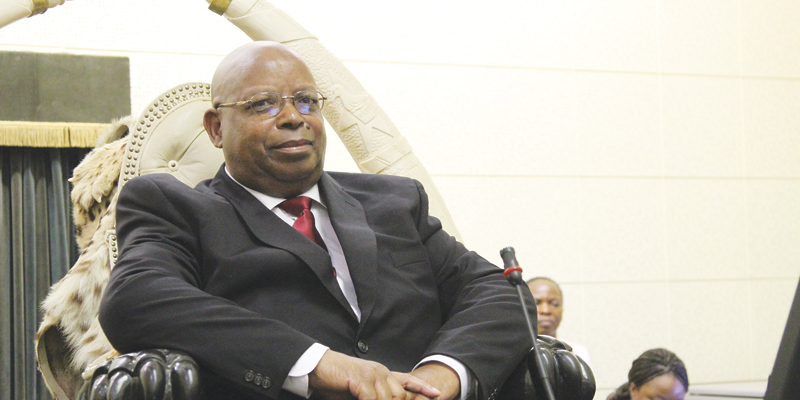 BY MIRIAM MANGWAYA/PRIVELEDGE GUMBODETE
SPEAKER of the National Assembly Jacob Mudenda has attracted brickbats from colleagues in the ruling Zanu PF party after he called for the amendment of the Constitution to allow Zimbabweans in the diaspora to vote in the 2023 elections.

Mudenda, who also called for the appointment of a second vice-president, said there was need “to amend the Constitution to encapsulate the diaspora vote” at an all-stakeholder workshop organised by the Zimbabwe Election Support Network (Zesn) held in Kariba last weekend.

The statements have ruffled feathers in Zanu PF, with party spokesperson Christopher Mutsvangwa yesterday saying the Speaker was offside.

“It’s okay for Parliament, as the electorate of the sovereign people of Zimbabwe to express their certain views,” Mutsvangwa told journalists at a Press conference.

“We also belong to a party and we have the majority. It’s unbecoming when some of our members express views in Parliament about certain issues. We have a caucus at the party. Why would somebody from the ruling party want to go and express things about the diaspora or express things about when the President should be electing a vice-president?”

The opposition has been pushing for a diaspora vote, among several electoral reforms, to guarantee a free, fair and credible election.

In his speech at the Zesn workshop, Mudenda said: “Should the diaspora vote take currency, there is a need to amend the Constitution to encapsulate the diaspora vote. Further, amendments to the Electoral Act should clearly specify the procedures and mechanisms for registration and voting for citizens in the diaspora.”

But Zanu PF has fiercely opposed the diaspora vote, with analysts saying the ruling party is scared that millions of Zimbabweans in the diaspora will vote for the opposition.

The Electoral Act only guarantees government employees such as diplomats the right to vote from outside the country through postal votes.

Following the 2018 elections, observer missions called on government to facilitate postal voting for every Zimbabwean as guaranteed under section 67 of the Constitution, which speaks to universal suffrage and guarantees every citizen above the age of 18 the right to vote.

Said Mutsvangwa: “We should discuss them here. To go out and start talking out of turn is not the Zanu PF way. There is no problem in having variant views, but let’s discuss them if you are a party member. As the spokesperson of the party, I appeal for discipline from our party members.”

In 2018, the Constitutional Court barred millions of Zimbabweans abroad from voting in that year’s elections after an appeal filed by three Zimbabweans — Gabriel Shumba and Sibonile Mfumisi (both based in South Africa), and United Kingdom-based Darlington Nyambiya seeking the right to vote.