In their controversial secret meeting held last week, Douglas Mwonzora and President Mnangagwa agreed to cancel by-elections and introduce a bill that will ban by-elections for the next ten years. They also planned to have a political party with the recalled, dead MP or councillor to be replaced without going through an election. 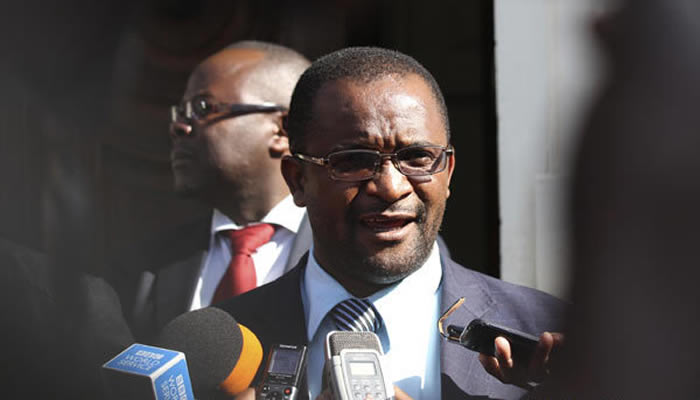 The two politicians also agreed to move the 2023 elections to 2030 through the formation of a government of national unity with Mwonzora becoming the Prime Minister while other POLAD members are allocated deputy-ministerial posts. Mwonzora also requested President Mnangagwa to allocate residential stands,farming plots & mining claims to MDC-T officials.

The desperate MDC-T leader is currently setting up his national structures in preparation for the mooted unity government. After failing dismally to get grassroots support across the country, Mwonzora is now using ZANU PF military power to destroy MDC-ALLIANCE. The military takeover of HARVEST HOUSE was a clear sign that Zimbabwe’s military government is allergic to opposition politics.

Energised by millions of government funding, Mwonzora is on a special assignment to destroy Chamisa’s political career.

Douglas Mwonzora is now one of President Mnangagwa’s Special Advisors, holding secret meetings with senior ZANU PF officials without the knowledge of MDC-T leadership. Mwonzora has repeatedly failed to disprove allegations that he a ZANU PF ’employee’ running a ZANU PF spying agency.

After Thokozani Khupe failed to destroy MDC-ALLIANCE, Mwonzora controversially took over the reigns through a ZANU PF- arranged elective congress. Soon after the chaotic congress Mwonzora promised his ‘masters’ to finish- off Chamisa if he gets enough funding and government back-up.