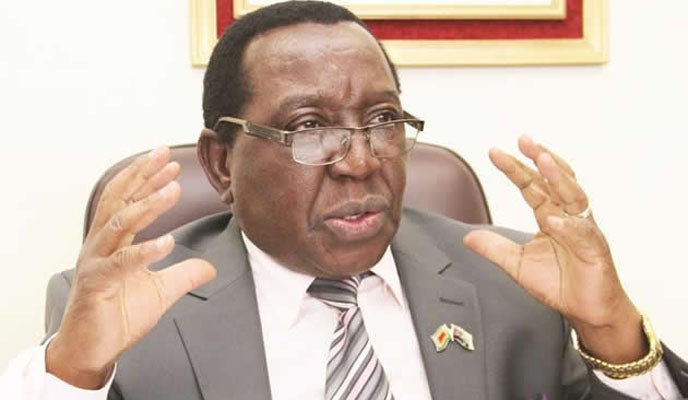 The attack came after the EFF leader accused Mnangagwa and Zanu PF of hounding the late former President Robert Mugabe to death.

He was speaking at Mugabe’s Blue Roof mansion in Borrowdale on Monday, where he had gone to pay his last respects for the late former Zimbabwe leader, who passed on early this month in Singapore at the age of 95.

But his attack on Mnangagwa drew the ire of Zanu PF, which released a statement yesterday accusing Malema of not only being a stooge of the Western imperialists that Mugabe fought against all his life, but also for confusing verbosity to wisdom.

“Malema needs to be reminded that his illusion to equate youthful exuberance and verbosity for wisdom and grounded intellectuality exposes him for the political novice which he is,” Zanu PF spokesperson Simon Khaya Moyo said yesterday.

“That Malema is now a decorated stooge at the mercy of our yesteryear colonisers is now a public secret as exhibited by his constant verbiage against African leaders and their respective countries.

“It is sad the he used the Zimbabwean soil, the bastion of revolutionary mantra and the fortress of black consciousness, to lampoon the regional body, Southern African Development Community (Sadc) leadership and its ethos.”

He added: “In that regard, the party finds it reprehensible for Julius Malema to use such a solemn and sombre occasion to spew political propaganda and to score cheap political mileage.”

Khaya Moyo said Mugabe was a national, regional and continental and globally esteemed revolutionary icon who relentlessly fought against colonialism and “it is sad to have a puppet of the same colonisers Cde R G Mugabe fought in the form of Malema to demean all he solidly stood for.”

Mugabe was removed from power in a military coup in November 2017. Since his removal, top Zanu PF officials had taken turns to lampoon him, with some declaring that he would not be buried at the National Heroes’ Acre.

But after his death, the party changed tone and started describing Mugabe as an icon who deserved the national shrine honour.

Khaya Moyo said Zanu PF would always defend and uphold Mugabe’s legacy as the country’s founding father, urging everyone to respect and defend the legacy of country’s leader of 37 years.

“Charlatans and figures of controversy need not disfigure such illustrious virtues which define the larger than life character of the late Cde R G Mugabe by having Press conferences which disparage the African values and ethos which he stood for,” he said.