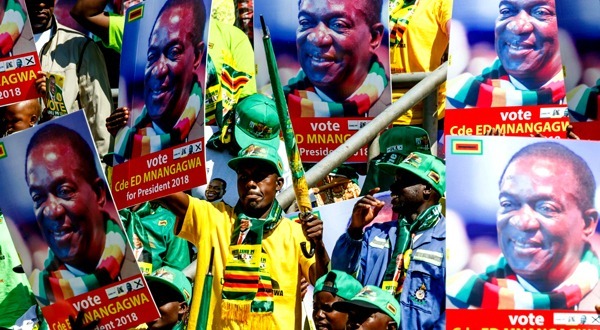 THE ruling Zanu PF party is vetting curriculum vitaes for district co-ordinating committee aspirants in a process believed to be a witch-hunt against perceived G40 members.

Zanu PF said its internal security was on high alert to ward off possible infiltration by members of the G40 cabal, most of whom are exiled in South Africa but are accused of funding their candidates to destabilise the party.

The party national commissar Victor Matemadanda confirmed that the vetting exercise was in progress.

“Nothing much has happened as we have only received CVs and they have been taken for vetting, they are yet to be returned,” Matemadanda said.

Obert Mpofu, the party’s secretary for administration on Monday alleged that the exiled G40 leaders among them Saviour Kasukuwere, Walter Mzembi and Patrick Zhuwao were sponsoring their own candidates for the party’s DCC elections as part of their comeback bid.

“We take note of the hyper campaign activities taking root with regards the canvassing for positions in the DCCs and applaud enthusiasm as it reflects the popularity of the party,” Mpofu said.

“We, however, note subtle disturbing intentions by the G40 elements to manipulate and thwart the DCC elections. We, therefore, urge the security department to be on high alert and vigilant in thwarting any ulterior motives and actions directed at the scampering of the DCC elections. We are also very much aware that these machinations are a long-drawn strategy towards making a G40 comeback in the 2023 elections.”