Zanu PF loses out on goodwill over its stark denialist attitude

Source: Zanu PF loses out on goodwill over its stark denialist attitude – The Zimbabwe Independent 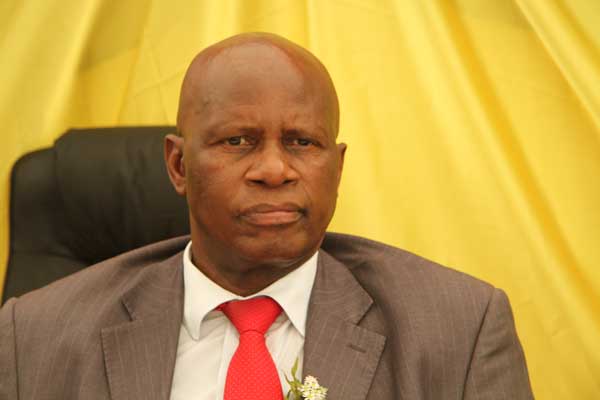 UTTERANCES by Zanu PF acting spokesperson Patrick Chinamasa that neighbouring South Africa’s ruling party, the African National Congress (ANC), has no mandate to intervene in Zimbabwe’s multifaceted crisis will further isolate the southern African country while nudging it to the tipping point.

Though Zimbabwe and South Africa are separated by the Limpopo River, the two countries share enduring historical relations that have shaped the stability of the region.

While Zimbabwe is battling a multi-dimensional economic and political crisis characterised by runaway inflation, which has since surpassed 800%, and President Emmerson Mnangagwa’s disputed legitimacy, South Africa has evolved to be the continent’s most prosperous nation, with a thriving democratic culture and strong constitutional institutions since its Independence in 1994.

“As we go into the future, I think we have set our compass in the right direction. First we agreed that Zimbabwe and South Africa are equal sovereign states. Zimbabwe is not a province of South Africa that we agreed very clearly,” Chinamasa said last week.

The abrasive statements, by Chinamasa, a Zanu PF hardliner perceived to be opposed to broad-based dialogue between Mnangagwa and the opposition, came after members from the ruling party met with an ANC delegation led by secretary-general Ace Magashule in the wake of escalating reports of human rights abuses in Zimbabwe.

The belligerent and denialist approach by Zanu PF hawks that Zimbabwe is not entangled in a crippling crisis, which has a domino effect on the region, follows a pastoral letter by the Zimbabwe Catholic Bishops Conference last month which admonished Harare to urgently address the catastrophe.

Predictably, Zanu PF, which has buried its head in the sand amid well-meaning advice from various quarters that it should address the crisis that has decimated its currency and pushed millions of its people into hunger, excoriated the bishops, whom it branded as neo-imperialism agents, bent on effecting regime change in Zimbabwe.

Last month, envoys sent by ANC and South Africa’s President Cyril Ramaphosa to assess the deteriorating human rights situation in Zimbabwe, were also barred from interacting with the opposition, despite expressing the commitment to do so.

At that time, Zimbabwe, with an imploding economy and a chequered human rights record had held a disputed election, which was discredited by Sadc and other international election observer missions. Millions of desperate Zimbabweans, fleeing from the crisis at home, trekked to South Africa.

Though Mbeki’s facilitation efforts were long drawn out, as negotiating parties dug in their heels, Mugabe finally conceded to a power-sharing agreement which culminated in a coalition government that wrought relative economic and political stability for five years.

However, analysts say that Mnangagwa’s insistence that Zimbabwe is not engulfed in a crisis will exacerbate the country’s worsening economic problems while derailing its re-engagement agenda with the international community.

The United States, and other Western countries, still maintain sanctions on its statutes, which it has pledged to scrap once Harare implements sweeping political and economic reforms, which are seen as key towards unlocking fresh lines of credit from multilateral lenders.

With an external debt standing at almost US$10 billion, Zimbabwe is currently restricted from accessing fresh lines from international finance institutions.

Pleas for a bailout package notably from South Africa and China have been rebuffed, leaving Zimbabwe in the lurch.

Political analysts and senior consultant at the International Crisis Group (ICG) Piers Pigou said Zanu PF’s intransigence towards overtures by ANC and other international partners to address the country’s challenges were narrowly bent on consolidating its grip on power, while missing the golden opportunity to extricate Zimbabwe from its multi-dimensional crisis.

“Zanu PF is hunkered down in its traditional deny, avoid, blame, attack posture. It has worked for them in the past and with no viable alternative and desperate to avoid a truly honest conversation this will remain a default setting. It is difficult to see how it helps Zimbabwe in terms of its national interest, but this is evidently not Zanu PF’s priority. This remains a selective self-interest predicated on the retention of political power, seemingly at any cost,” Pigou said.

“Let’s be clear, Zanu PF leadership has never had much respect for the ANC, so in some respects the public bile from the likes of Chinamasa is a reflection of true feelings amongst many in the leadership.”

“Zanu PF seems to live in a parallel universe which they view as some kind of utopia yet everyone else sees crisis. There is a see no evil and hear no evil ideology within Zanu PF and it is sacrilegious to see or speak different whether you are the ANC, the Catholic Church or a concerned citizen or journalist,” Mavura said.

“The Zanu PF information department is a disaster for the Zimbabwean government. In their so-called Second Republic, Zanu PF has gained an appetite to speak at every turn often spewing vitriol, which contradicts government policy.

“For example, how does one reconcile Zanu PF calling the US ambassador a thug with the Second Republic’s foreign policy on re-engagement? It is not clear what Zanu PF gains from this. What should concern us more is what such utterances do to Zimbabwe in terms of perception, re-setting relations, goodwill, image, branding and attracting investment?”