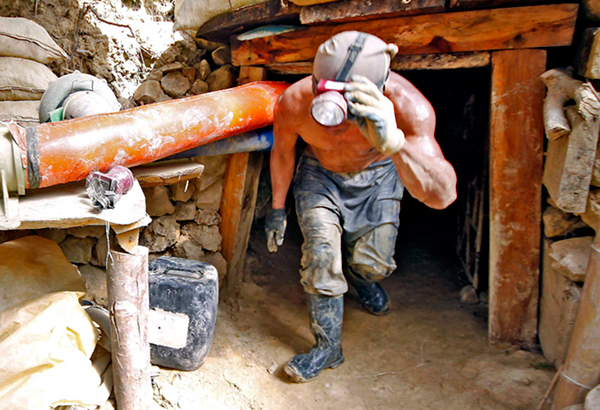 BY SILAS NKALA
WORKERS at Progress Mine in Filabusi, which is owned by Insiza North legislator Farai Taruvinga (Zanu PF), have complained that the MP has not paid them for four months, forcing them to down tools.

Last year in December, Progress Mine workers clashed with the mine management over non-payment of salaries resulting in them spending the festive season without pay.

One of the mine workers told Southern Eye that the situation had become so bad that families of mine workers were starving.

He said some workers were being evicted from their lodgings over failure to pay rent.

“We have not been paid for four months now since April. How do we survive in this situation? The mine owner (Taruvinga) always takes all the mine proceeds to buy his own things instead of paying workers. He uses the money for his political campaigns as elections will be held next year, yet his workers are starving,” a worker said.

Another worker added: “Many of the workers are being evicted from their rented houses because of failing to pay rentals. We are suffering and failling to feed our families and no one cares. These people are just heartless; they do not care about the workers.  We can no longer take the abuse.”

“I do not want to involve myself in that,” Taruvinga curtly said.

Workers claimed that Taruvinga had a history of failing to pay employees dating back to 2018.

The workers also accused the MP of overworking them, whereby they do 12-hour shifts per day.

They also claimed that they were not provided with protective clothing.

Last year the mine reportedly employed over 600 workers.

Taruvinga, a popular miner in Filabusi was elected MP for the constituency in July 2018.