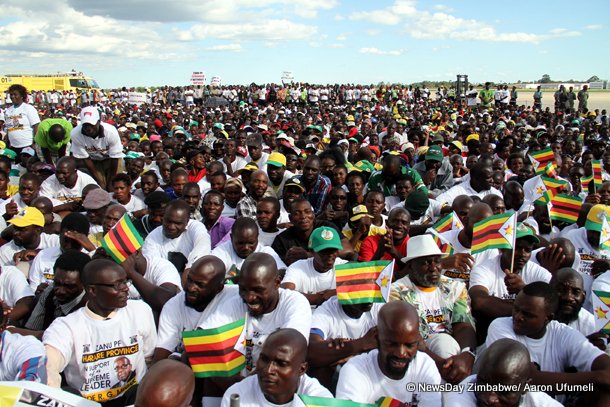 SOME 30 Zanu PF district chairpersons in Mutoko have petitioned the party secretariat to rein in senior party leaders who they accused of creating chaos.

“We have noted with great concern that the MP should not incite violence as seen on January 21, 2019 when he ordered touts and vendors to demonstrate against Mutoko Rural District Council after being
removed from undesignated places to a well-fenced area that has all the sanitary facilities.

“He makes direct attacks to the following public officers, the District Administrator (DA), the chief executive officer and his subordinates,” read part of the petition.

“If he has evidence of all the accusations he levels against these officers, why does he not seek remedy at the rightful places not to undress them publicly like what he did on Sunday 20/01/19 at an inter-
district meeting (where) he started shouting and making accusations against the council officers, members of the police force, teachers and the DA’s office accusing them of being MDC activists?”

In the petition, the district chairpersons accused the legislator of forcing council to allow home-seekers to pay for residential stands through a Zanu PF bank account.

“We have learnt with great concern that he is up in arms with the council as he is pushing for payment of all residential stands money through the Zanu PF office. We are worried about the image that will be portrayed of the party,” read the petition.

The party leaders also accused Shumbamhini of using well known MDC supporters to demonstrate against a Zanu PF-led Mutoko council as well as unilaterally running the affairs in the district, among other accusations.

Last week, a group of war veterans besieged the party offices at Mutoko Centre where they temporarily locked the offices accusing top party officials of not taking heed of their calls to resolve an impasse in the area.

A top party official told NewsDay that last week’s action by war veterans was ignited by a delay in response to the petition.

“The protests by the war veterans last week were ignited after no action was done following the petition that was handed over five months ago. The petition was even taken to the party headquarters in Harare,” said an official who declined to be named because they are not allowed to speak to the press.

In the petition, the Mutoko Zanu PF leaders recommended the expulsion of the legislator and urged the party leadership to convene an emergency inter-district meeting and address their concerns.

“We recommend that he (Shumbamhini) be relieved of his duties being the provincial political commissar and the post be given to a tried and tested cadre of the party before he causes any further damage to the party.

“. . . anything to do with the party must be blessed by all senior party leaders not Comrade Shumbamhini alone as the party is much bigger than individuals,” recommended the chairpersons in the petition.

Efforts to get a comment for Shumbamhini were fruitless yesterday while Zanu PF Mashonaland East provincial spokesperson Kenneth Mutiwekuziva was not reachable on his mobile phone.

However, speaking during a provincial co-ordinating committee held in Marondera recently, Shumbamhini accused Mutoko DA of refusing to release money meant for this year’s Independence Day celebrations donated by a local company and described the move by the civil servants as “sabotaging party activities”.