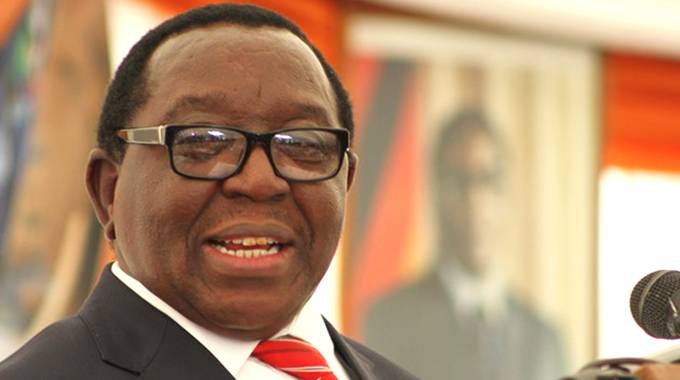 Fidelis Munyoro and Nyemudzai Kakore
Several former ministers, who did not make it into the 20-member Cabinet announced by President Mnangagwa last week, were yesterday redeployed to work as full-time employees at Zanu-PF Headquarters, as the ruling party reinvigorates itself.

The party’s secretary for Information and Publicity Cde Simon Khaya Moyo announced the development yesterday following an extraordinary session of the Politburo held at the party’s headquarters.

He said 11 departments of the party would now be manned by full-time workers, who include some of the former Government ministers.

“Now that the harmonised elections are behind us, we as a party found it necessary to ensure that we map our way forward,” said Cde Khaya Moyo.

“As the party rebuilds itself for the future, the Politburo has resolved that Zanu-PF transforms and positions itself in the rapidly changing social, economic and political environment by ensuring that 11 departments here at headquarters are manned by full-time senior party stalwarts, who are in terms of the party’s Constitution heads of our secretariats of these departments,” he said.

He said heads for National Security and Women’s Affairs would be announced later.

Cde Khaya Moyo said the announcement by the Politburo was in tandem with the swearing-in ceremony of the new Cabinet by President and Zanu-PF First Secretary Cde Mnangagwa at State House.

“The party and Government will now have to work as a thoroughly oiled machine, bearing in mind that Government is a product of the party,” he said.

This, Cde Khaya Moyo said, ensured there was harmony in operations and that party policies were implemented by Government.

“This is not a new phenomenon here. You will find it in other countries such as South Africa and China, so that there is always smooth running of the affairs of the State,” he said.

Cde Khaya Moyo reminded the nation of President Mnangagwa’s “Zimbabwe is open for business” mantra and appealed to all the people to unite, cultivate peace and focus on development.