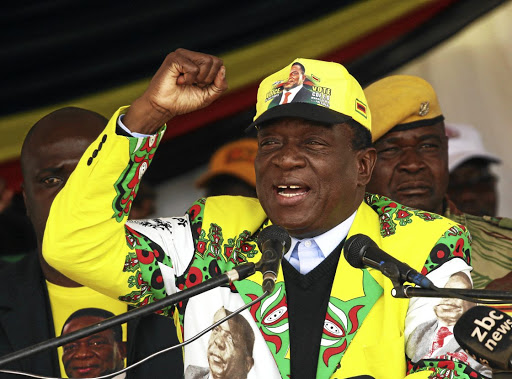 A BUS belonging to a school in Masvingo was this week involved in a serious accident. Aboard the bus were some women who are members of the ruling Zanu PF party.

The women were on their way to the resort town of Victoria Falls, almost 1 000km from Masvingo, to a cooking competition organised by President Emmerson Mnangagwa’s wife, Auxillia. A number of the women sustained injuries and, fortunately, no one died.

Although the immediate question that pops up is why were those women travelling so far for a cooking competition when they could have done it locally, the biggest issue coming out of this accident is why was Zanu PF using a school bus to transport the women when every political party in Zimbabwe was banned ages ago by the High Court from using such for whatever reason.

And it comes as a real surprise, if not shock, that a whole ruling party has the audacity to, in outright disdain, disregard the ruling as codswallop.

So is Zanu PF law unto itself? Is Zanu PF above the law to completely disregard court rulings? And if it is, indeed, above the law what makes it so sacred that the country’s laws don’t apply to it?

Being the ruling party, should it not be the one setting an very good example by religiously following the country’s laws? Does the fact that the party has ruled this country since independence 42 years ago give it the right to arrogantly abuse and ride roughshod over our laws?

One wonders how many other laws the ruling party is breaking with impunity.

We just hope that the party buys another bus for the school because we hear it was extensively damaged; and even if it is repaired it is a danger to the schoolchildren who will use it. In fact, as punishment for disrespecting our courts Zanu PF should be slapped with a contempt of court charge and fined a brand new bus to go to the unfortunate school, among other penalties to deter it and other political parties from denigrating our laws.

If Zanu PF is not called out and continues to do as it pleases, this will be a recipe for complete breakdown of law and order in the country.

We already see tell-tale signs of lawlessness associated with Zanu PF members who are never stopped at police roadblocks and always bulldozing their way everywhere as if they are very special citizens in this land.

There is a Shona saying which teaches thus: “Gudo guru peta muswe vadiki vagokuremekedza,” loosely translated: “Respect can only be gained through humility.”

But, sadly, it seems humility is not part of Zanu PF’s DNA.